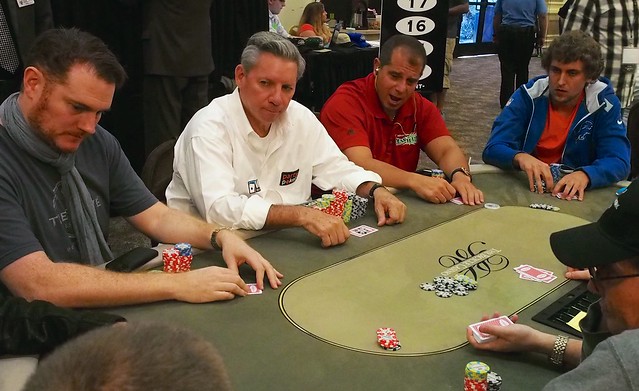 Table 14 features four players in a row with impressive poker credentials. From left to right, they are Andy Frankenberger, Mike Sexton, Will Failla, and Ryan Riess.

Frankenberger and Failla won this event back in Season IX and Season X, respectively, while Ryan Riess is the 2013 WSOP Main Event champion.

As for Sexton, he is a member of the exclusive Poker Hall of Fame, both for his skill as a player as his role as an ambassador for the game of poker.