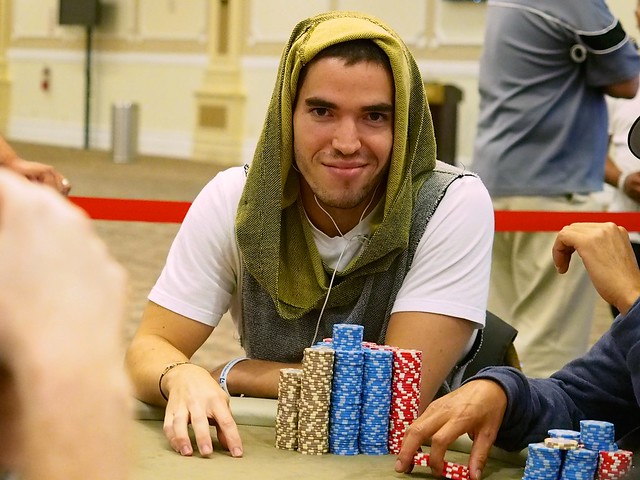 When play began at the start of the day, players weren’t even in the money. Now, we are just ten eliminations away from the final table.

The busy day began with 67 players all looking to survive the 54-player money bubble.  Within a level, the bubble burst with Layne Flack, Brandon Crawford, Erica Jiles and others exiting without a payday.

The player who burst the bubble was Ali Eslami, who entered via the quantum reload option and came close to a payday, but exited in 55th place at the hands of Champions Club member Keven Stammen instead.

The two players who finished Day 3 on top will be seated side-by-side tomorrow. tablemates Tyler Kenney and Jeremy Kottler ended with 2,955,000 and 2,570,000 respectively. Taylor McFarland rounds out the top three as the only other player with more than 2 million chips, bagging up 2,211,000.

Kottler spent most of the day near the top of the counts after flopping a set of kings against Amit Makhija’s aces early in the day to vault into the chip lead. Kenney, on the other hand, was as low as 100,000 today, but rallied and rallied to end the day on top.  McFarland also surged up the counts late, coming out of nowhere to jump to the top.

Notables Tyler Cornell, Owen Crowe, and Dylan Wilkerson will all be back in action tomorrow as well with the final 16 playing down to the final six who will make the televised table.