A Special Look Into the History of the Choctaw Durant Property, Part 1: Big Bingo To Big Casino 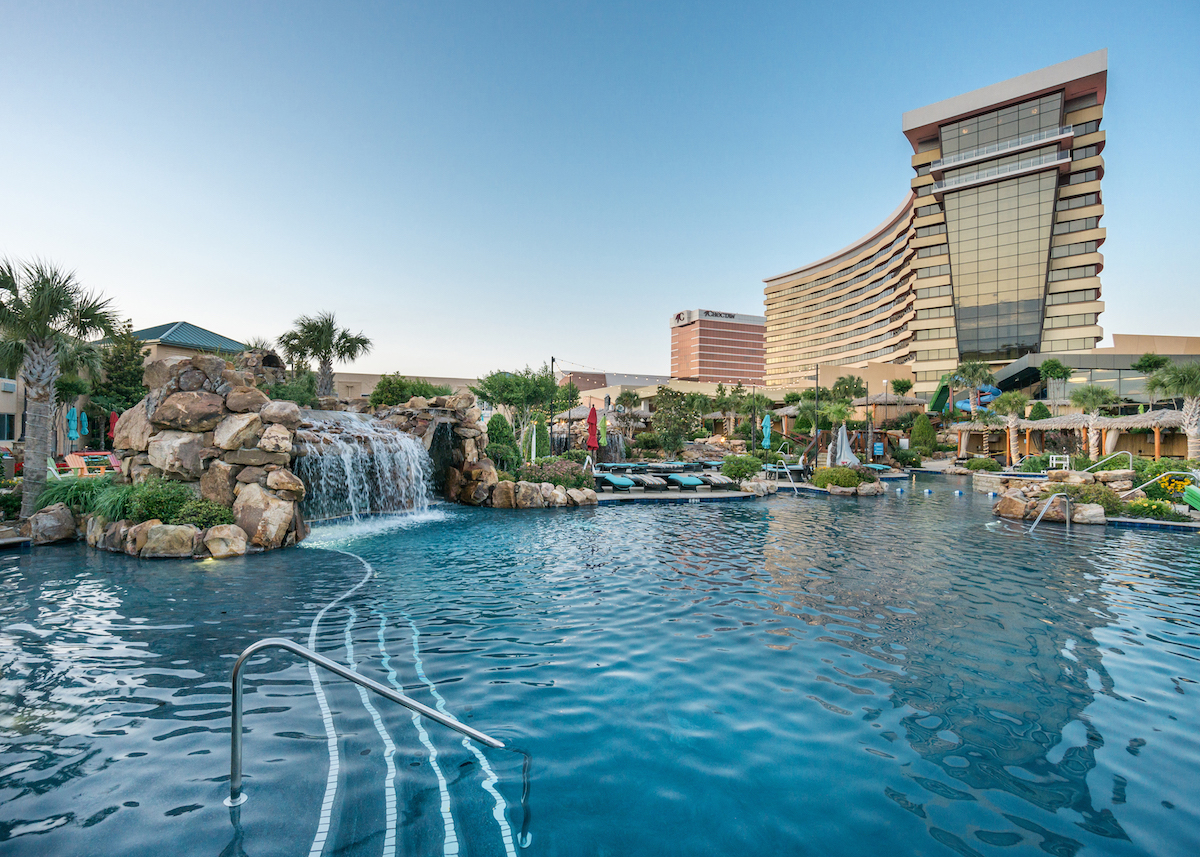 A tournament at Choctaw Casino Resort harkens back to poker’s beginnings as a game of chance on the Mississippi River and then among cowboys and settlers in the American West. And the western history of the Choctaw Native Americans and Oklahoma’s cowboy and ranching culture is a major part of the casino and event.

A stroll through the property offers an opportunity to take in architecture and design representative of the Southwest and Native American culture through colors, artwork, and other aspects. Artwork featuring buffalo, Indian warriors, cowboys, coyotes, and other aspects of the Native American and western experience can be seen throughout the property. Players in the field sporting cowboy hats is a norm, like they’ve just gotten off a horse after a day out on the ranch.

Over both starting flights, we’ve seen plenty of rounders ready to lasso in some pots in the comfy Grand Theater.

The Choctaw is now a thriving casino and economic engine of southeast Oklahoma, but getting here for the tribe has not been easy. It has been a long road for the proud Choctaw Indians to the successful flourishing tribe that it is today.

To skip to the full story, A Special Look Into the History of the Choctaw Durant Property, click here.

While the casino is now a massive draw from across Oklahoma and North Texas, the property had humble origins. In 1987, the Choctaw Nation of Oklahoma tribe opened the Choctaw Bingo Palace, a 28,000-square-foot facility that was a hit in Durant and attracted players not just from Oklahoma, but also from across the Red River where gambling was (and remains) illegal in Texas.

With big payouts and lots of fun, business boomed. The Bingo Palace became the first Indian Bingo Hall to award $1 million to a lucky winner. The tribe would later add bingo facilities at the Arrowhead Resort in Canadian, the Choctaw Village Shopping Center in Idabel, and in Pocola, according to fivecivilizedtribes.org. The bingo facilities employed more than 200 people and provided a key income to the tribe.

In the late-20th century and into the 2000s, high-stakes bingo flourished and would become the precursor to the major resort casinos that can now be found throughout the state on tribal lands. Many Indian casinos like the Choctaw that now have games ranging from craps and blackjack to poker and slot machines have their roots in the popularity of high-stakes bingo, a tradition of that has its roots in the tradition of tribal self-government. According to David Schwatrz’s exhaustive history book on gambling, Roll the Bones, the Penobscot Indians of Maine and the Seminoles of Florida were the first tribes to begin offering bingo in the 1970s. Oklahoma was soon to follow this trend in the 1980s.

“In 1975, the Indian Self-Determination and Education Assistance Act supported and reinforced tribal governments,” according to the Oklahoma Historical Society’s Encyclopedia of Oklahoma History and Culture. “As a result … American Indians in Oklahoma formed thirty-nine tribal governments that have been federally recognized. These nations exercise powers of self-government, including business councils, and many have tribal courts with law enforcement.”

This new sense of self-determination was an economic boon to tribes in Oklahoma including the Choctaw. By the end of the 20th Century there were 23 bingo and gaming operations on Oklahoma tribal lands. By then, eight Native American bands had successfully negotiated gaming compacts with the state, including the Choctaw Nation.

In 2004, Oklahomans voted to allow expanded Indian gaming spurring the Choctaw to build a bigger casino in 2006 and offering more traditional-style gaming. A larger casino was built onto the property in 2010 and the bingo hall was eventually closed.

Now, along with Choctaw Casino Resort in Durant, the tribe boasts a total of eight casinos throughout the state.

To read the full story, A Special Look Into the History of the Choctaw Durant Property, click here.