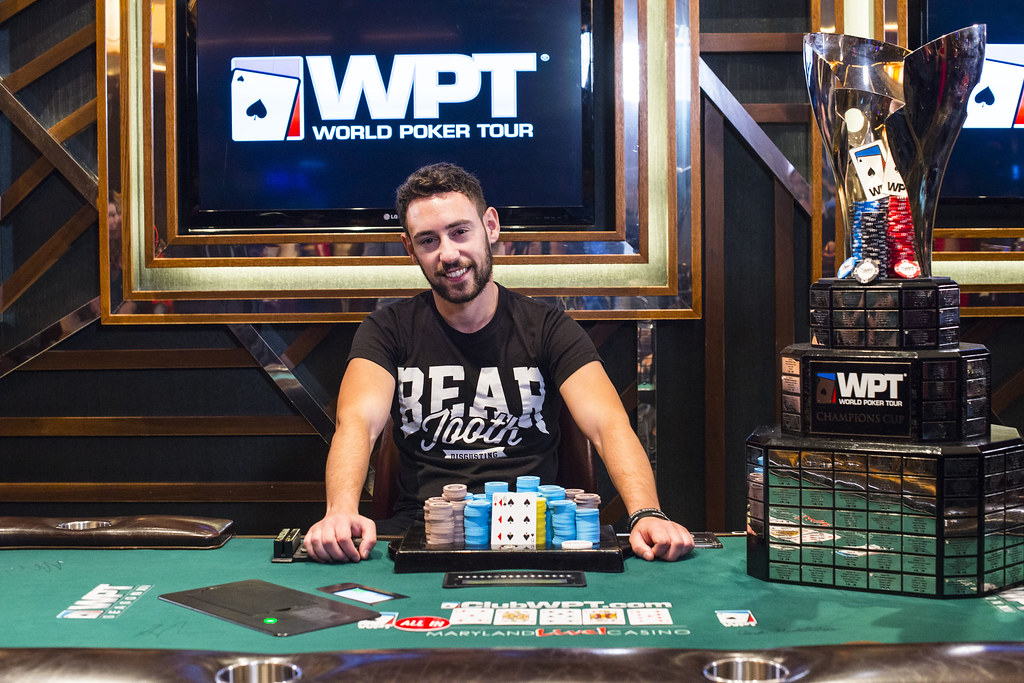 On Tuesday afternoon, Aaron Mermelstein joined an elite group of poker players by earning his second WPT title. He topped a field of 337 players and a final table that included two-time WSOP bracelet winner Greg Merson to take down the inaugural WPT Maryland Live and $250,222 including a seat into the $15,400 WPT Championship next April.

At the start of the day, the final six players made their way back to Maryland Live! for the final table with Merson leading the pack. Mermelstein was in second chip position at the beginning of the day and Xin Wang sat in third. The bottom half of the counts were rounded out by Andjelko Andrejevic, Cate Hall and Ken Holmes, making for a final table full of top-notch poker talent.

Cards got in the air just before 1 pm and Mermelstein was able to make short order of the table, ending up with all of the chips in play in just under three hours.

The action was quick and chips were flying, with Ken Holmes exiting in sixth place just 10 hands into the day. Holmes got into a blind vs. blind confrontation with Andrejevic with

against Andrejevic’s pocket eights. Holmes couldn’t find a jack and was eliminated in sixth.

31 hands later, Cate Hall was sent to the rail when she was in a blind vs. blind battle with Wang. Hall moved all in with

and, like Holmes, ran into pocket eights. Wang’s eights held up and Hall was eliminated.

Four-handed play was where Mermelstein began to pull away from the pack. Mermelstein took a big pot off of Merson when he flopped a set of queens on a flop of

. Mermelstein took a sizeable pot off Merson, took over the chip lead and had about half of the chips in play.

Mermelstein extended his lead by sending the former Main Event Champion home in fourth. Merson defended his big blind, called a bet on the flop and moved all in on the turn against Mermelstein on a board of

against Mermelstein’s pocket jacks. The river bricked off for Merson and Mermelstein continued to chip up, while stakcing up almost 80% of the chips in play as three-handed play began.

fell to Wang’s pocket queens. Andrejevic fell short of the title, but was the first player to take home a six-figure score.

Mermelstein held just shy of 4-to-1 chip advantage against Wang when heads-up play began and used it to his advantage. He won the majority of early heads-up pots without a showdown and then got the last of the chips in the middle with pocket sixes against Wang’s

Mermelstein won $250,222, including a package into the $15,400 WPT World Championship and another spot on the WPT Champions Cup.