After Announcing Retirement from Poker, Harrison Gimbel Returns to the Hard Rock Jungle 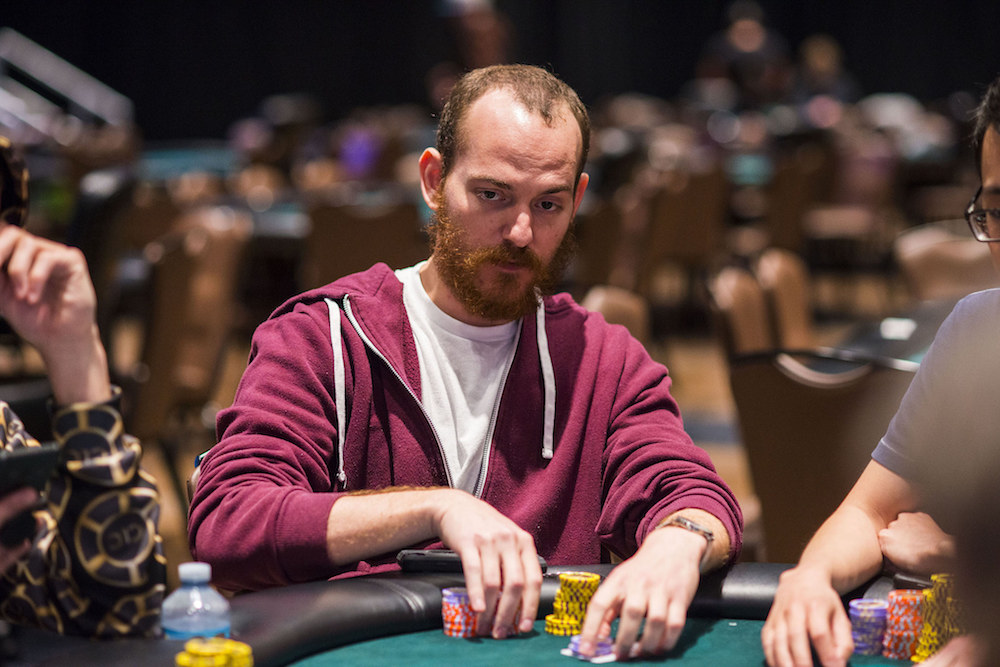 Harrison Gimbel is back. The 27-year-old WPT Champions Club member announced his retirement from poker in January but is back in the full swing of things.

Gimbel flew with little notice on Day 2 of the Season XVI WPT Seminole Hard Rock Poker Showdown Championship and is a handful of players away from cashing in his first tournament since his hiatus started.

So what brought Gimbel back?

It is a combination of factors, but the basic answer offered by Gimbel is “just time.”

The activities he spent the last two months exploring were never available within his former poker schedule.

“I wanted to play the last few tournaments, but I was out of town,” Gimbel said. “I was in Utah skiing and then New Orleans for Wrestlemania. Figured those were more life EV than playing a tournament. The main event coincided right when I got back. I was feeling good, feeling refreshed and wanted to come back.”

The pressure of study, travel, and healthy eating caught up to Gimbel. He decided the grind was not worth it for him any longer.

It turns out, all Gimbel needed was some absence to make his poker heart grow fond again.

“Those two months I took off were definitely needed,” Gimbel told WPT.com. “I’ve never taken a break that long in my poker career. It was always a grind. Two months doesn’t sound like a lot for other people, but for me, it was a long time.”

Gimbel is prepared to keep up with poker’s ever-going changes but has a personal sense of relief due to a mindset shift on how to approach the game.

“Everything I put in behind the scenes just to prepare for that day, that was getting to be a bit too much,” Gimbel said. “But I found the way to maybe make that better is to just be happy all the time no matter what. That’s the plan now.”

Gimbel’s routine when he plays is methodical. The poker Triple Crown winner is either sitting idle or standing up behind his chair performing leg stretches. An energy bar is never far from his grasp. Gimbel wears his usual hoodie and shorts but instead of flip-flops, he has running shoes.

The set list of Gimbel’s table manner came back to him right away on Day 1.

“My body’s fresher now,” Gimbel said. “I don’t need to stretch every 30 minutes now. I do it maybe every two hours or four hours. Back in the day, I had to walk around stretch all the time. I never really lost my step, I always loved the game. If I wanted to keep on being elite, I had to put in the work and the question was did I want to put a lot of work in again and the answer is ‘yes.'”

According to Gimbel, he received minimal negative feedback from friends and those in the poker community upon returning. Gimbel says there were a few “trolls” but he’s “above” the criticism.

Beyond the WPT Seminole Hard Rock Poker Showdown, Gimbel expects to travel north to Montreal and then put in a full schedule this summer in Las Vegas.

There was no welcome back banner for Gimbel when he registered. The cake and balloons come later when the money bubble bursts later on Day 2. Gimbel is back where he belongs among the masses who are looking to capture first-place this weekend.

Even if Gimbel were to win the $696,740 first-place prize, he has zero plans to step away from poker again anytime soon.

“I spent the last few months doing everything I wanted to do when I was grinding all the time,” Gimbel said. “I didn’t really need to do anything else. I was content with what I did. I was happy with all the traveling I did. I’m ready to go back to work.”