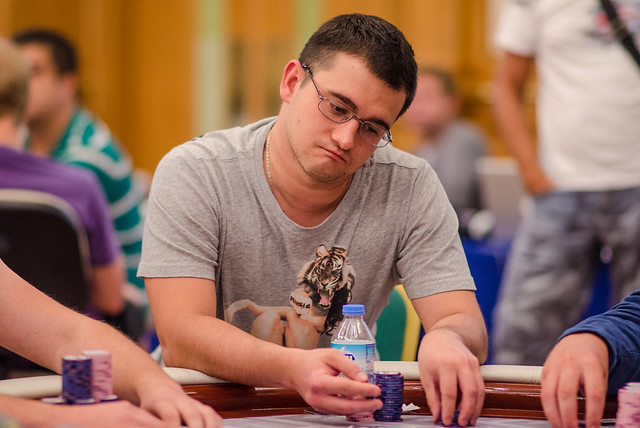 Alexander Lakhov opens to 80,000, in first position, and when the action folds around to Alexander Nudin, in the big blind, he moves all-in for close to 400,000; Lakhov calls immediately.

You could almost hear the collective groans around the table when the players saw that Nudin had aces. Then the dealer burned and turned three hearts – [Ah] [8h] [4h] – and a stunned silence prevailed. The [7s] & [Jh] finished off the action and Nudin had bubbled the final table.