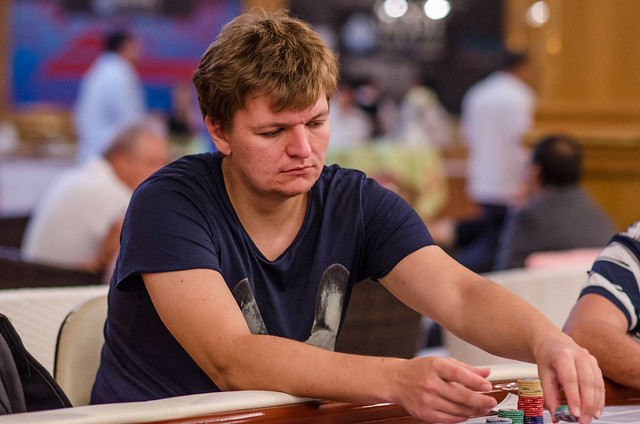 Two, no nonsense Russian’s have collided and it’s Andrey Shatilov who was knocked over the rail.

We didn’t see the action, but Albert Daher described it to us.

Shatilov had [Jd] [9d], for top pair, and Rybin was chasing with [Qc] [Tc]. The club never arrived, but the queen did show up to give the reigning champion a higher pair.