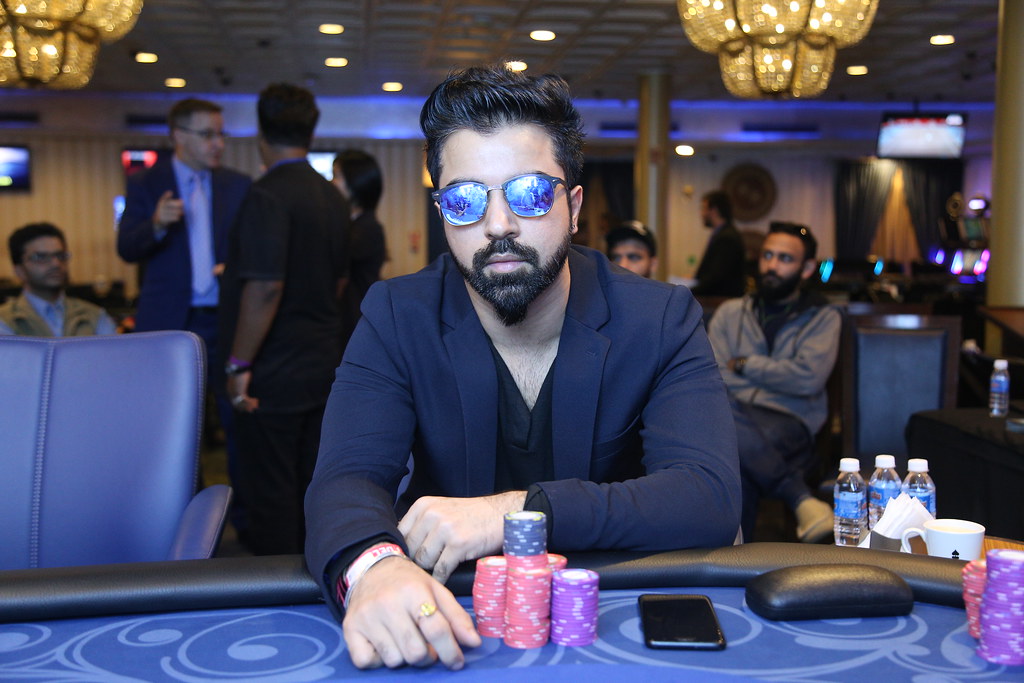 Anil Adiani (pictured) moves all in preflop for 530,000 under the gun, and Manish Lakhotia calls to cover him on the big blind. Arjun Arora also calls after originally raises on the cutoff. The two live players check down a board dealt

, and then all three players table their cards.

Adiani is eliminated in fifth place, good for INR1,480,000, and Lakhotia wins the pot to grow his stack t 3.7 million.