Ashley Deeb Wears a Fun Tribute to Her Husband Shaun 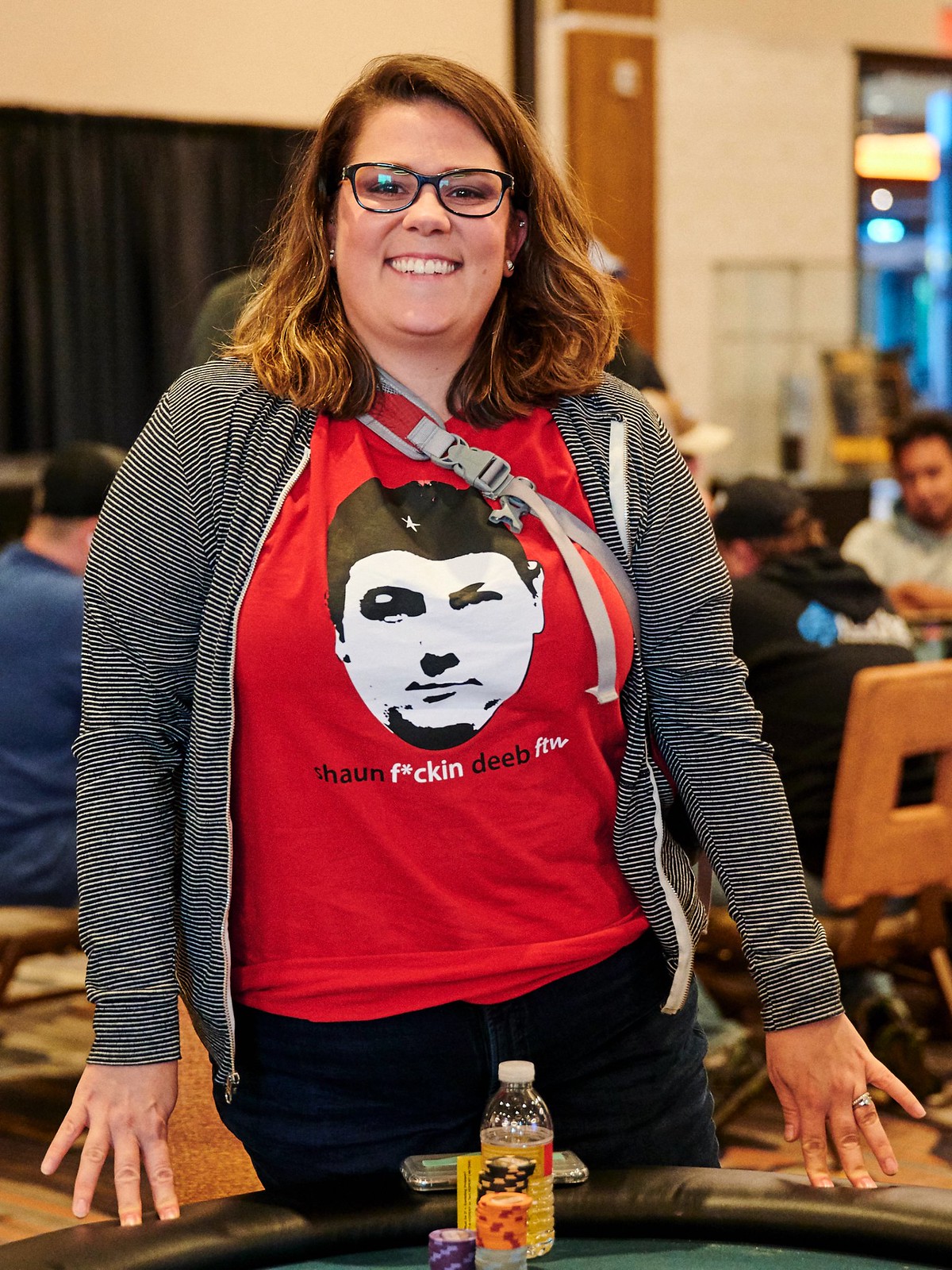 But Ashley is wearing something of a tribute to Shaun, as she’s wearing a t-shirt (designed by some members of the Dutch poker media) with Shaun’s face on it and the phrase “shaun f*ckin deeb ftw.”