Barry Hutter Doubles Thru Cate Hall After a 10-Minute Tank 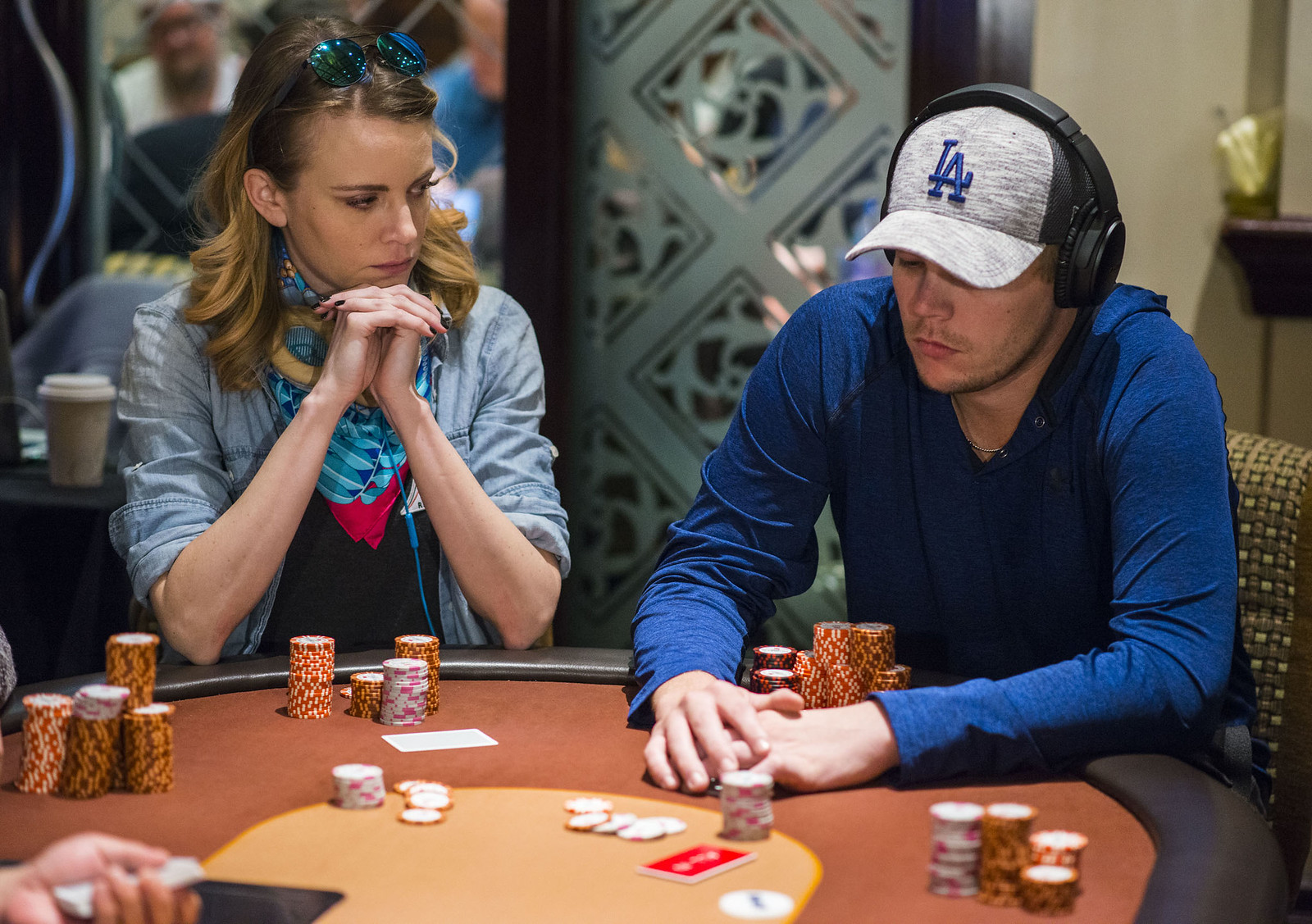 Photo:  Cate Hall (left) spent nearly 10 minutes in the tank as she pondered the all-in raise from Barry Hutter (right).

After unknown preflop action, Barry Hutter has a bet of 16,500 in front of him in the cutoff, Gerald Karlic has called from middle position, and Cate Hall has reraised from the hijack to 44,000. Hutter tanks for a while before he moves all in for 145,600, and the middle-position player folds.

The WPT television cameras were already on the scene by this point as Hall goes into the tank. After several minutes, Hall asks for an exact count — Hutter’s raise is for an additional 101,600, and Hall has about 120,000 remaining behind.

After about six minutes, Hall says she’s going to need a little more time. After about eight minutes, somebody calls for a clock, which takes nearly a minute to arrive in the crowded poker room.

The floorperson asks, “Has the player had enough time?” and Hall smiles and nods as the dealer confirms that enough time has passed.

With about 15 seconds remaining in the countdown, Hall calls with

, and one of the many spectators gathered around the table says, “Those weren’t the hands I was expecting.” Hutter needs his hand to hold to stay alive.

, and the pocket jacks hold up for Hutter to win the pot and double up to more than 300K in chips.