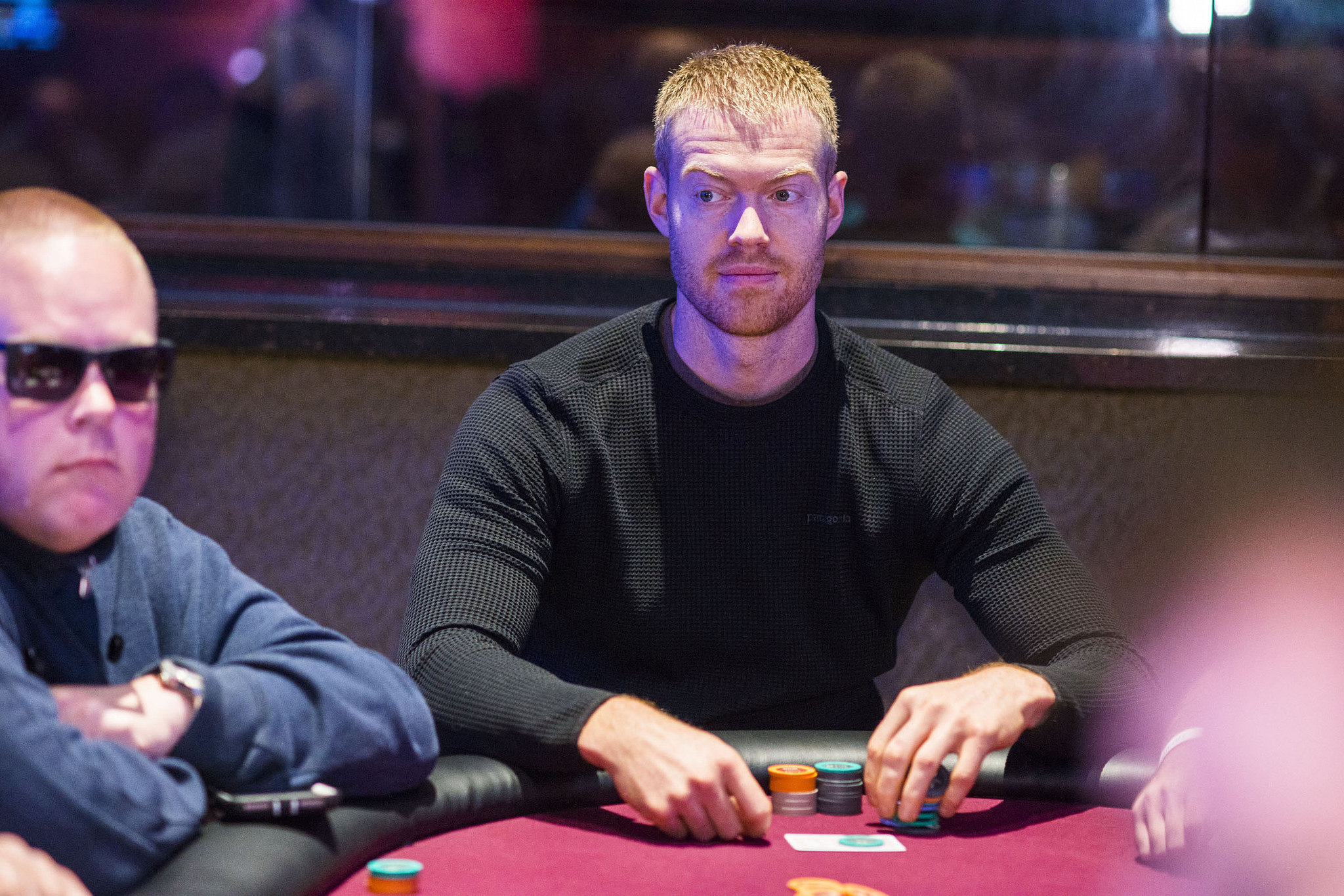 The unofficial final table of the recent WPT Borgata Poker Open featured an eclectic group of players with mixed backgrounds. Guo Liang Chen advanced from being just a face in the East Coast crowd to WPT Champions Club member, but he wasn’t the only one who made a name for himself.

Benjamin Morgan took ninth place and $66,492 back home with him back to Ohio in what was his first career recorded tournament cash. Morgan isn’t like most “novice” players, though, as he is a former online cash game player who saw his career ended by Black Friday.

For a few years after Black Friday, Morgan tried his hand at playing live cash games for a living, but saw nothing but long-term futility in front of him. Rather than go back and work for a company, the Ohio State University Psychology graduate used the connections he met through poker to go down the avenue where he finds himself now.

Morgan carries a dry sense of humor and that wit, along with his naturally inquisitive nature, comes across when speaking to him.

“After Black Friday, I tried to make live poker work,” Morgan said. “I played small stakes and, as most live grinders know, it’s a marginal existence. Fortunately, I was able to meet a lot of successful small business owners. So I decided, ‘If these donkeys can do it, why can’t I?’ I went into business for myself and I own a couple of businesses back in Columbus, Ohio.

The most notable of Morgan’s businesses is an arcade bar located on the Ohio State University campus.

Business takes up most of the 31-year-old Morgan’s free time in a life that includes a wife and two young children. Morgan’s built himself a quality team that allow him to play in poker tournaments and let his busineses more or less run themselves.

“I have a great team that runs the business for me,”Morgan told WPT.com. “It’s been trending toward autonomy, so I’ve been able to take a little bit of time off to give back to the poker community by donating my hard-earned money into these player pools.”

Morgan says he enjoys the challenge that poker tournaments provide and notes that the World Poker Tour attracts, in his opinion, the toughest fields on the tournament circuit.

The difficult task of conquering a WPT field is something that Morgan nearly completed a few weeks ago. After being eliminated, Morgan found himself in a state of shock as he pondered what to do next after playing for four straight days.

“After I busted, I wandered the Borgata for maybe an hour in a daze,” Morgan said. “I’m not really sure because we were playing for so long, but it was definitely one of those things where you cash, make some money, but feel like you lost money because you were thinking about first place. It’s ancient history, it’s about a week ago at this point.”

Blumstein and Morgan were seated next to each other on Day 3 and played together up until Blumstein busted before the dinner break. The two engaged in consistent conversation during their time together and Morgan left their experience with a sweet taste in his mouth.

“That was super exciting to play against [Blumstein],” Morgan said. “I was trying to explain to him that busting him was a better result than me winning the tournament, but he wasn’t buying it. We had a lot of fun.”

Morgan first picked up poker at the age of 15 when friends from his Magic: The Gathering player group suggested he play. From there, Morgan played online until he was no longer to feasibly do so.

Although he is now busy with other interests in life, Morgan has always considered himself a poker player from the time he first discovered the game.

“I’m definitely a poker player,” Morgan said. “I have been since I discovered it at 15 years old. “Even the last two or three years, I haven’t able to play that much because of starting my businesses and family. I’ve always still viewed myself as a poker player. I was just a poker player who didn’t play poker for a while. But now, it’s exciting that I have the freedom to travel and play in some of these tournaments as much as the wife will let me get away with.”

On breaks during Sunday’s Day 1b, Morgan can be found reading Guns, Germs and Steel  as he keeps his mind occupied on a series of other things outside of poker.

Morgan may have a lot going on in his life, but he is able to compartmentalize at the table. Taking advantage of his free time is something Morgan values and says there’s nothing quite like the challenge that poker gives him.

Coming into the last two levels of today, Morgan is playing 35,000 in his attempt to make another deep World Poker Tour run.

“My friends and mentors have told me I have too much going on, but I try to juggle it all,” Morgan said. “It gives me a good break from everything and some perspective. In terms of a personal challenge, there’s nothing else like it.”