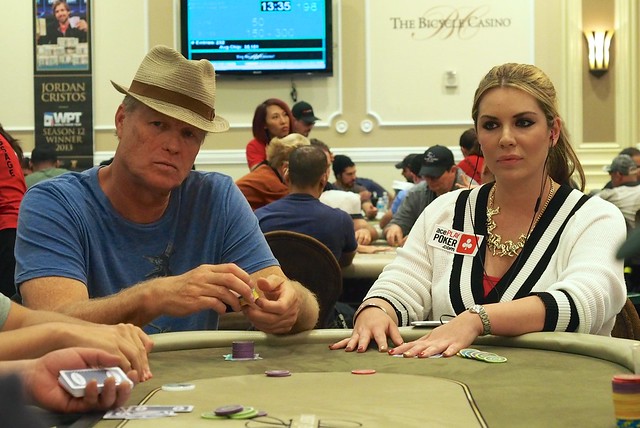 Photo: Actor Bill Fagerbakke (best known as Michael "Dauber" Dybinski on the sit-com Coach and as Patrick Star on Spongebob Squarepants) and WPT Season XII "Ones to Watch" Christina Lindley.

As Christina Lindley tells it, she cracked aces once again, this time knocking out actor Bill Fagerbakke.

The two got it all-in after the turn brought a 4. Faerbakke’s aces were in bad shape against Lindley’s set of sixes. The river was no help and he hit the rail.