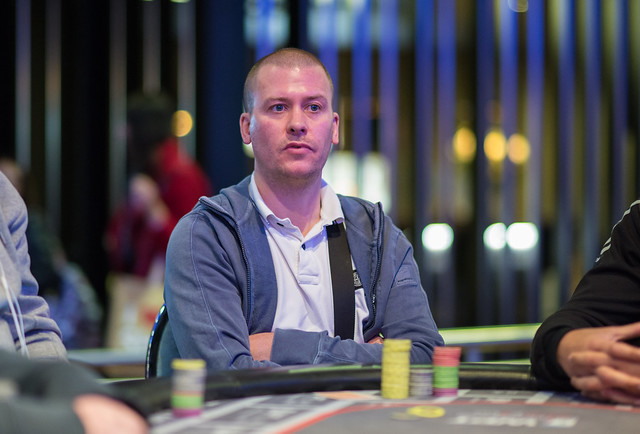 It’s always nice to win an early pot in a huge field tournament. It gives you that little bit of protection from an early setback, and builds that most crucial of tournament poker edges – momentum.

Alex Bounsall has it now, after winning a nice pot from Lloyd Griffiths in Level 2 here at Dusk til Dawn in Nottingham.

With Lloyd Griffiths raising pre-flop, the two gentlemen were heads-up to a flop of [9hAdAs] where both players checked. There was no action on the turn of [5s] either, but Bounsall led the [7h] river for 900. and got a call. Bounsall showed [9s9d] for the flopped set. Griffiths has information, but it’s cost him to find it out.