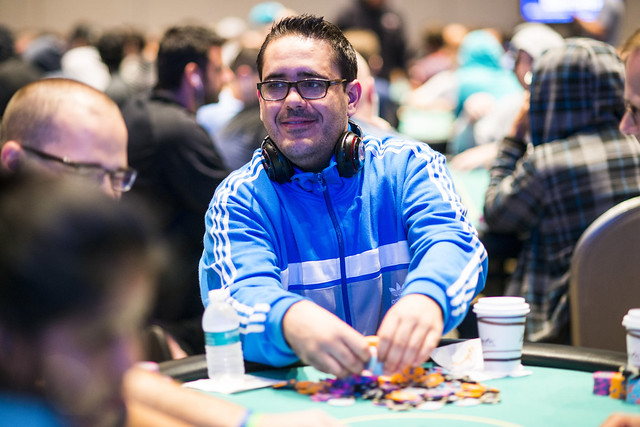 Matt Stout opens from middle position and Bruno Martins three-bets to about 6,000 from the next seat over. Action folds back to Stout who calls to see a [Kh7h6c] flop.

Stout, down to about 37,000, busts shortly thereafter.