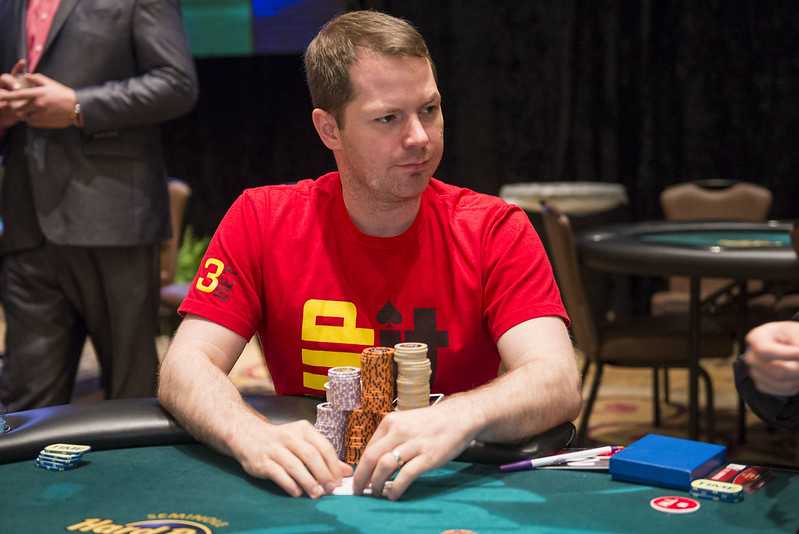 Jonathan Little (pictured) started Day 2 at the Monster WPT Tournament of Champions with 124,100, and he ran that up to 244,000 by the first break in play. We caught up with the two-time WPT Champion and Season VI Player of the Year on the first break of the day, and he told us about the start of play today, playing in a field entirely made up of WPT Champions Club members, and he also had some interesting thoughts about the Action Clock.

WPT: How has your day been going so far?

Little: “So far my day has been going great. I started off chipping up pretty nicely, then I ran into Anthony Zinno, he likes to win every pot, he had A-K and I had pocket tens. That put me right back where I started, but I’ve been winning all of the small pots, and when you win all of the small pots you slowly chip up, and you get to gamble with the short stacks. And hopefully I do well going forward.”

WPT: Have you been a having a good time at this event?

Little: “The event has been fantastic, they gave us a pair of Monster headphones today, and I loved the Maui Jim sunglasses, it’s been nothing but great. I will not miss this tournament ever.”

WPT: How is playing against nothing but WPT title holders right now?

Little: “It’s exciting, quite often there are a lot of poker players at tournaments who you do not think even have a possibility to win, but clearly everyone here knows how to fight, they know how to get in there, they know how to win tournaments, and that makes it exciting.”

WPT: What do you think of the Action Clock?

Little: “The Action Clock is great, I wish I had slightly more time on the river. I have yet to use a time bank chip, and I do not plan on it, because we don’t really need it.”

WPT: Do you think the Action Clock should be in more tournaments? Or do you like it as a one-time thing?

Little: “I think the Action Clock should definitely be in every tournament. I think there is a lot of unnecessary tanking. I imagine if all of the poker players got together about six or eight years ago and said, ‘Let’s just act in about 15 seconds on every decision,’ there would be lot more players in the game today. And the Action Clock makes that happen, and I hope they use it in many more tournaments.”

WPT: If you could choose how much time would be on the Action Clock, what would be your pick?

Little: “I would like 20 seconds before the flop, and on the flop. And I would like a minute on the turn and the river. I would like four time bank chips for one-minute each. Before the flop and on the flop most decisions should be somewhat simple, and then you still have the four one-minute extensions. Thirty seconds is just long enough to put it in there, and then realize you have to put another one in there. Turn and river decisions are often very difficult, and usually that’s when you’re playing the biggest pots, so in theory you should have a little bit more time. And really not very many hands go to the turn and river, so I think that would be ideal. There is one kid at my table for example who takes 25 seconds to make every decision, because he is trying to be balanced, and I get it, but it’s also very annoying and no one likes it. If he had 20 seconds to make these obvious folds preflop, as opposed to 30, that would save everyone 10 seconds every time the action is on him. You don’t need the same amount of time to make every decision on every street, so get more time when it matters.”