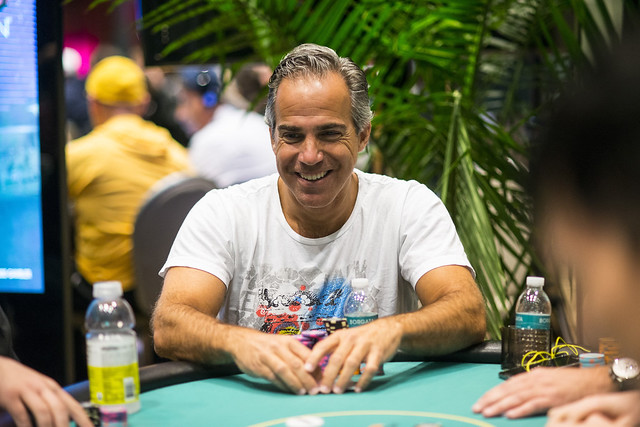 After a player raises to 17,000 or so, Cliff Josephy moves all-in from late position for his last 117,000.  Action gets back on the other player, who asks how much the bet is.

The other player takes a minute before saying, "The question is if you want me to fold…"

"Who cares what I want? That doesn’t matter. It’s what you want," Josephy tells hi, casually taking a sip of his water. He takes a beat, then adds, "I’m just glad I didn’t get snap-called."

The other player thinks for a couple of minutes longer before tapping his knuckles on the table, as if he is about to fold. He doesn’t though. Instead, he takes another look at his cards.

"I gotta be good if you’re taking this long," Josephy tells him.

The other player asks, "Will you show me if I fold?"

"I can’t say," Josephy explains. "I wouldn’t want to sway your decision one way or the other."

The other player does fold, giving Josephy the pot. As he mucks his cards, Josephy tosses them high enough to show he had pocket aces.

This pot is just the latest in a string of victories for Josephy, who ended Level 15 with just 7,500, but has managed to build his stack back up to around 150,000.