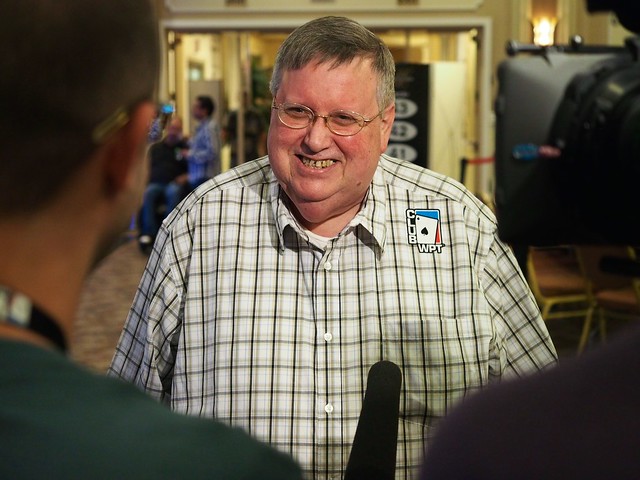 There are two players in this field who didn’t pay $3,700, but instead earned their entry into the WPT Legends of Poker by playing on ClubWPT.com.

One of them is Alec Minnis (pictured above), a business manager from Charlotte, North Carolina, who joined ClubWPT more than a year ago. Minnis is a big fan of watching the World Poker Tour on TV, and his favorite player is Daniel Negreanu.

There aren’t many poker tournaments in North Carolina, but there are some smaller ones so Minnis can get out and play some live poker. This is his first major poker tournament, and he’s very excited to be here.

If you’d like to follow in Minnis’s footsteps and win your way into a top-tier WPT event to play against some of the best players in the world, consider becoming a VIP member of ClubWPT.com.