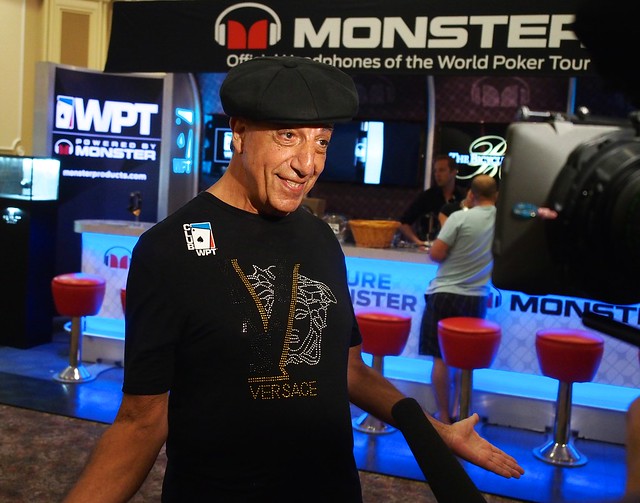 There are two players in this field who didn’t pay $3,700, but instead earned their entry into the WPT Legends of Poker by playing on ClubWPT.com.

One of them is Mike Golub, a former police detective out of Brooklyn, New York, who is known as “Diamond Mike” in poker circles and “Homicide Mike” on the police force.

As Golub told the Queens Courier in an article earlier this month, “They called me Homicide Mike because my forte was getting confessions out of people. And that helps me with poker now to get a read on my opponents.”

Where does the nickname “Diamond Mike” come from? Well, he often wears diamonds at the poker table, made even more visible by his signature all-black outfits and his outgoing personality.

Golub won his entry into the WPT Legends of Poker in a Mother’s Day tournament on ClubWPT.com, and is looking forward to playing against some of the best players in the world.

If you’d like to follow in Golub’s footsteps and win your way into a top-tier WPT event, consider a VIP membership at ClubWPT.com.