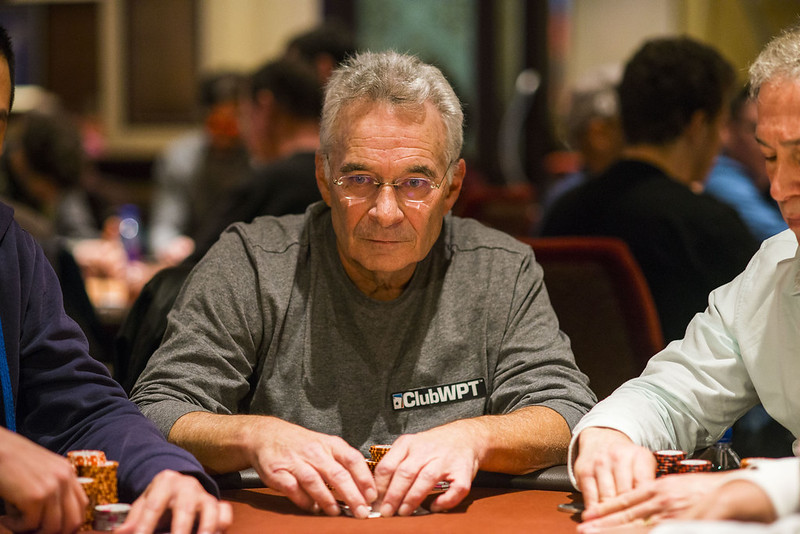 Bob Zeidman limps under the gun before Darren Elias raises to 5,000 next to act. Dan Colman calls in the hijack, as does Aditya Prasetyo in the small blind and ClubWPT King of the Club winner Jan Garner (pictured) in the big blind.

The dealer spreads a

flop and the action checks round to Colman who bets 11,000. Prasetyo calls and Garner moves all in for 37,400 from the big blind.

Zeidman and Elias muck, but Colman moves all in to prompt a fold from Prasetyo.

Garner would be at-risk but still drawing live needing a spade to make his flush or runner-runner combos to make a straight.

The turn of the

would now leave Garner to one of the spades available that didn’t also improve Colman’s hand, but when the dealer dropped the

on the river to give Colman quads, Garner would be headed to the rail.

“At least it wasn’t a bad beat!” announces Garner as he stands up from the table.

As Colman begins raking int he pot to move his stack to roughly 165,000, Garner taps him on the shoulder and shakes his hand before exiting the tournament area following his gallant run in the WPT Five Diamond World Poker Classic.