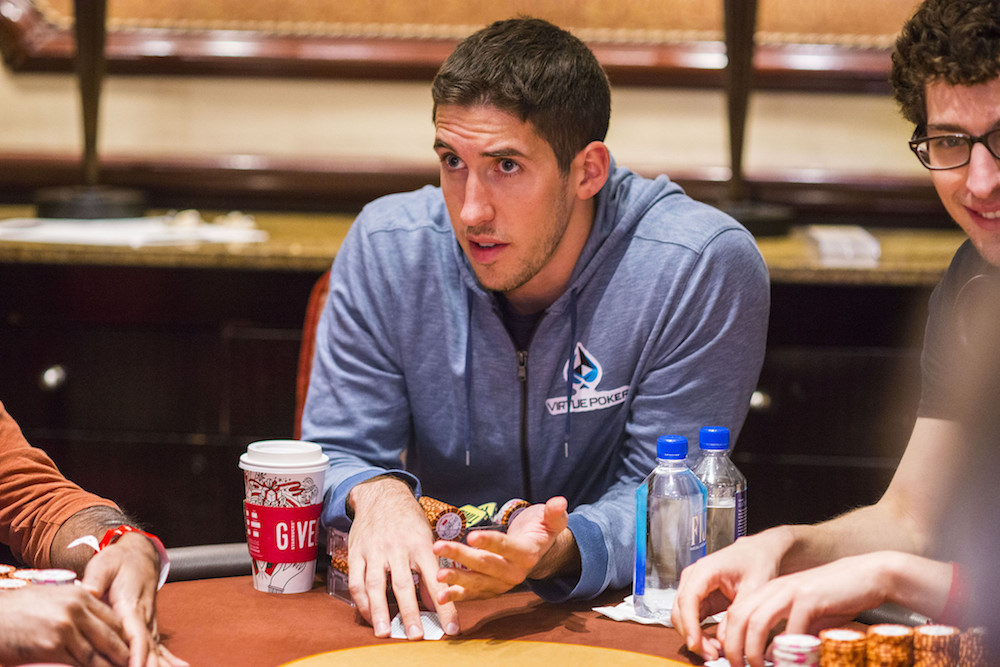 The career of Dan Colman (pictured) is stuffed to the brim of successes and tournaments conquered. His 2014 alone was one for the record books highlighted by his win in the $1 million buy-in Big One for One Drop. This year is a different story for Colman, who has made it deep in numerous tournaments but has yet to close a major event out as he is accustomed to doing.

One of those close calls for Colman came at the end of Season XV on the World Poker Tour. Colman entered the final table of the WPT Seminole Hard Rock Poker Showdown with the chip lead and fell in fourth place, coming up shy of joining the Champions Club for the first time.

Colman made the final table of the Rock ‘n’ Roll Poker Open at Seminole a few weeks ago and has carried that momentum over to the WPT Five Diamond World Poker Classic. As Day 5 gets underway, Colman is playing 935,000 and among the favorites to make Sunday’s final table with 18 players remaining.

The tournaments that take up the majority of Colman’s volume are High Roller events of the $25,000 and $100,000 variety. Five Diamond offers Colman a unique challenge in both the field size and duration. Colman is enjoying his run so far and smiled when describing the mental stimulation that comes with playing an event like this.

“You can be a lot more creative with your play,” Colman said. “In the 100ks, you have to be more rigid with all your ranges. You have to try and make sure you’re balanced and other players aren’t exploiting you. But in this, you can be maximally exploitive which I really enjoy. You can take lines you wouldn’t normally take and be very adaptive to your table.”

The puzzle that comes with playing against multiple playing styles and a fresh wave opponents is something Colman is having fun trying to piece together.

A career filled with accomplishment has a hole in the form of a WPT title for Colman. The prestige of winning Five Diamond is something Coleman is aware of but he is more focused on the immediate task of figuring out his table and adapting accordingly.

“I look at it at as there’s a great turnout, so many people in a $10k and a lot of players I normally don’t play with,” Colman said. “I get to try and interpret how they view how I’m playing and make adjustments based on that. There’s a lot more into it based on generalizations and seeing how many guesses I can come up with.”

In 2016, Colman reached Day 6 of the World Series of Poker Main Event and found a new level of enjoyment for poker after being in a malaise for some time prior to then.

Colman would hit the $30 million mark in career earnings if he were to win Five Diamond but he’s keeping the $1.95 million first-place prize isolated from his in-the-moment indulgence.

“The most fun form of poker is going deep in a tournament. It’s not so much the money you’re playing for as it is the time invested so it’s really enjoyable.”

The time invested for Colman is already on its fifth day and his returns grow with every level. Today presents Colman with a new mission as he comes into Day 5 below the chip average and facing a group of talented players with various backgrounds. The narrative on Colman has flipped on many occasions during his career and winning this title would push him into the elite group of Five Diamond champions.

Who knows when Colman may reappear on the World Poker Tour after Five Diamond concludes. Watching elite talent is never to be taken for granted and Colman will be under the spotlight again today where he has always thrived during his career.