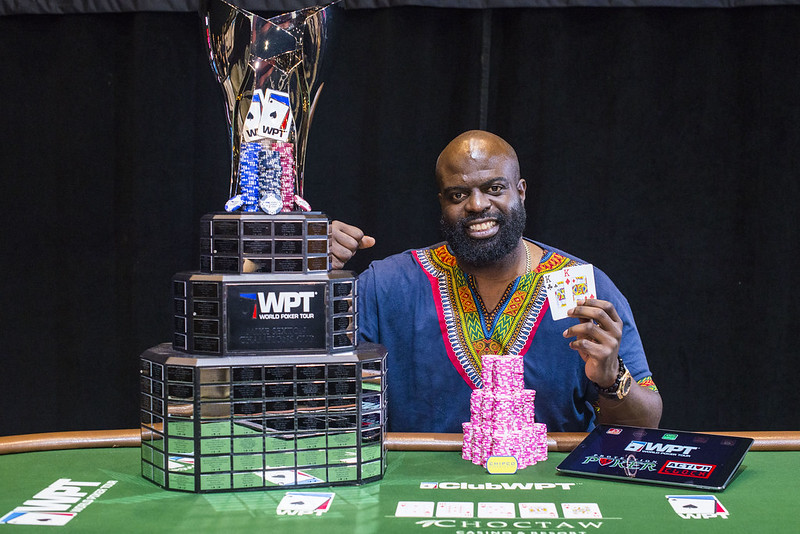 A year and a half after finishing runner-up at Season 18’s WPT Montreal Powered by Partypoker LIVE, Dapo Ajayi found one spot better as he walks away from Season 19 WPT Choctaw with the $558,610 first-place prize and the trophy after defeating Viet Vo in heads up play.

“It’s difficult to articulate. It’s been a really interesting week. I almost didn’t come. There was a friend of mine that convinced me to come down”, Ajayi said after the win. “I will say, this time, I appreciated the moment more than in past times, and I was able to kind of savor it,” Ajayi added.

and Ajayi snap-called with

, and Ajayi turned a set of kings to slam the door shut on a resilient Vo who finishes as the bride’s maid for the second time in three seasons at Choctaw. Vo walks away with $372,415 for the runner-up finish after coming into the day with the chip lead.

“It feels great. It was a long battle. Vo is a really tough player, he has had a lot of success recently, so yea, it’s humbling”, Ajayi said of his final table opponent. 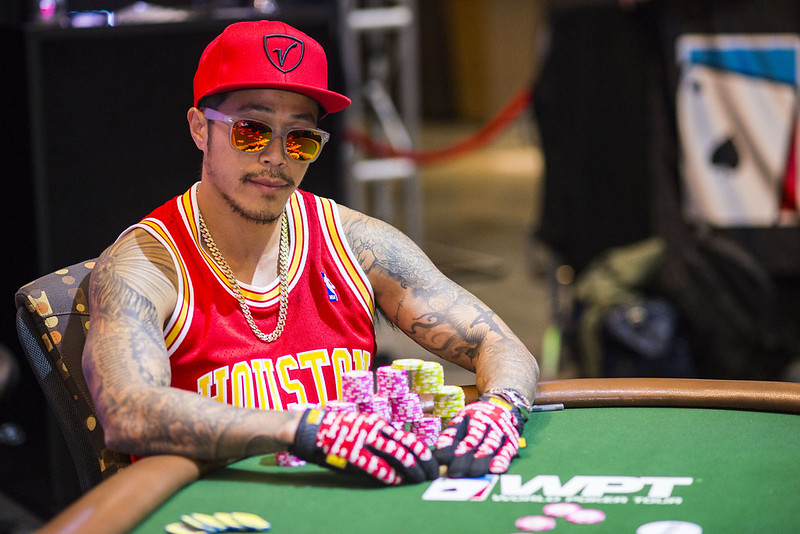 Ajayi sent us to heads up play after eliminating Albert Calderon in third place in what would turn out to be the largest pot of the tournament. Halfway through level 30, Calderon limped the small blind, and Ajayi checked his option in the big blind. The flop fell

hit the felt, and Calderon checked. Ajayi bet 2.3 million, and Calderon almost instantly moved all-in for 12,825,000 total. Ajayi used a time extension, and as the dealer counted at Calderon’s stack, it was determined Ajayi had him covered by just over 200,000. Ajayi called and tabled

for just a flush draw, and Ajayi leaped from the table when he saw the hands. The river

hit the felt, Calderon missed his flush, and he was eliminated in 3rd place for $275,085. Ajayi collected a 28 million chip pot and headed into heads-up play with almost a 3-1 chip lead over Vo. 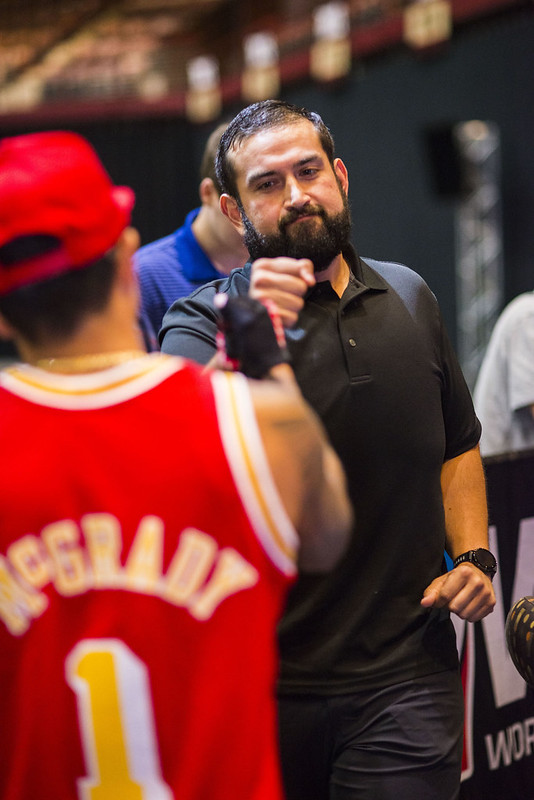 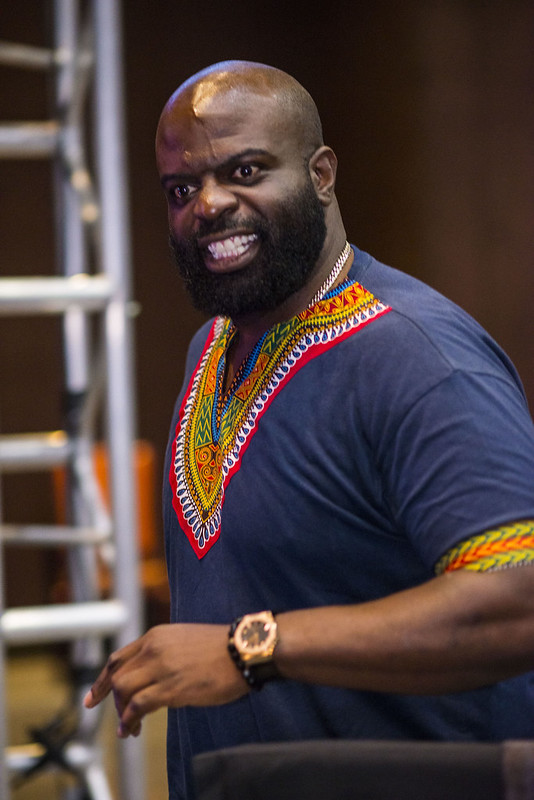 “I’m not even sure if that was the correct call, to be honest with you, and I certainly don’t claim to be a great poker player, but I like to think I get lucky with my instincts sometimes, and I just felt like maybe he put me in some sort of range that I might have confused him with, not raising with an ace. So giving that I decided to go with it, he had a flush draw, and we held,” Ajayi said of the crucial hand.

The final table started off with a bang as Michael Perrone was eliminated on the third hand of the day when he ran his last 2.1 ace-jack into the ace-queen of Calderon to finish in 6th place for $118,900.

After trading chip stacks several times, Hunter Cichy would eventually eliminate Will Nguyen on the 76th hand of the final table. Ngyuen got his last 1.2 into the middle hold ace-three against the pocket nines of Cichy. Ngyuen saw an ace in the window, but it was immediately followed by a nine, and Nguyen was dead on the turn, finishing in 5th place for $154,885.

Cichy would follow shortly after when he fell in hand 86 holding pocket sevens against the ace-nine of Calderon. Calderon rivered an ace, and Cichy fell in 4th place for $205,330.

“Choctaw is a special place, that’s for sure, and I’m definitely 2/2 here, so I will definitely be back. Maybe it’s the south, they are very friendly, and it’s a different brand of poker, feels more old school,” Ajayi said of the tournament host, and when asked if he would be back around the WPT Tour, he simply replied “Absolutely.”

Congratulations Dapo and we hope to you at the WPT Bestbet Scramble from August 27th through the 31st. 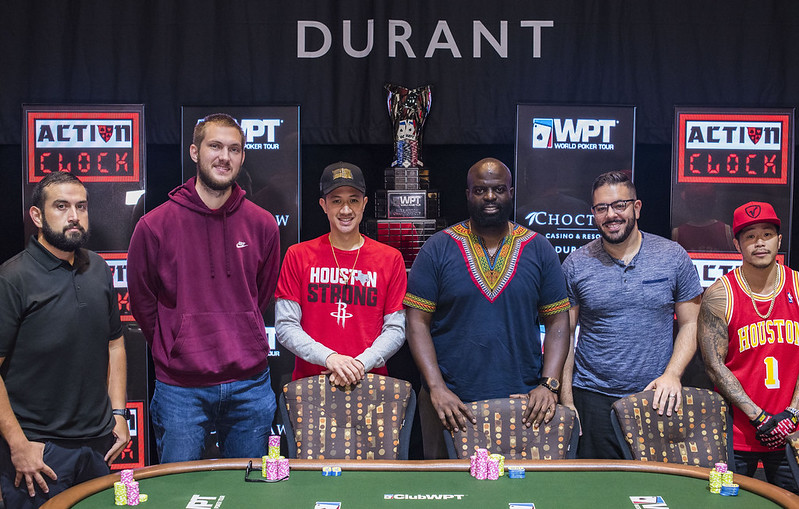