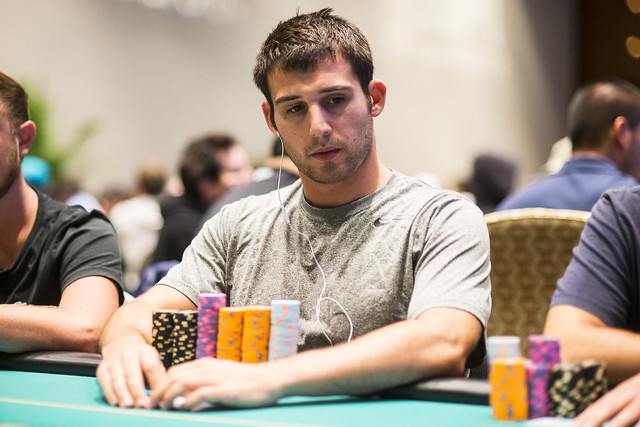 Picking up the action after the river of a [Qs10d6sQc3h] board with roughly 85,000 in the pot, Darren Elias (pictured above) bets about 60,000 effective. His opponent tanks for about two minutes before the clock is called.

Elias’ opponent calls all in after about 20 seconds, but mucks when Elias tables [Qd10h] for queens full of tens.