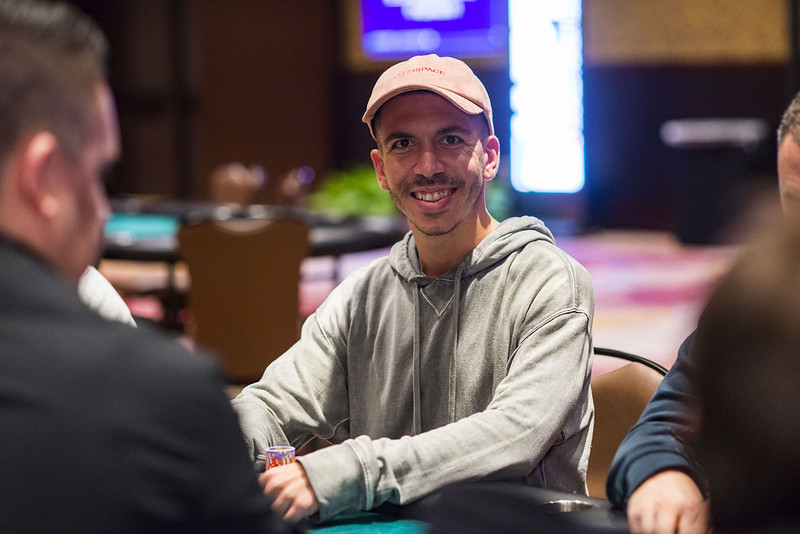 On the last hand of action before the final break in Day 1b, WPT Champions Club member Darryll Fish (pictured) scooped another pot. It’s something he’s become used to here in South Florida. That included winning the WPT Seminole Lucky Hearts Poker Open in Season XVI (2018) for $511,604.

The event went dark on the WPT schedule in Season XVII, but returns January 17-22. The $3,500 buy-in features a $2 million guarantee, and Fish should be back in the field hoping to defend his title.

“I always like playing here, my home base is basically here,” he says. “I live in Miami so I’m more comfortable here than anywhere else in the world. That was my first big victory, so it felt really good to get it on my home turf. I’m always excited to play the tournaments here, they’re getting better and better.”

One hand, in particular, the day before the final table still sticks out in his mind. He got it all in with pocket Queens versus an opponent’s Ace-King. The other player hit a King on the flop, but Fish rivered a Queen for a set. It helped keep him alive and propel him on to the title.

“Other than that I don’t really remember anything specific,” he says. “I remember the rush of that experience, but as far as individual hands it’s kind of a blur.” 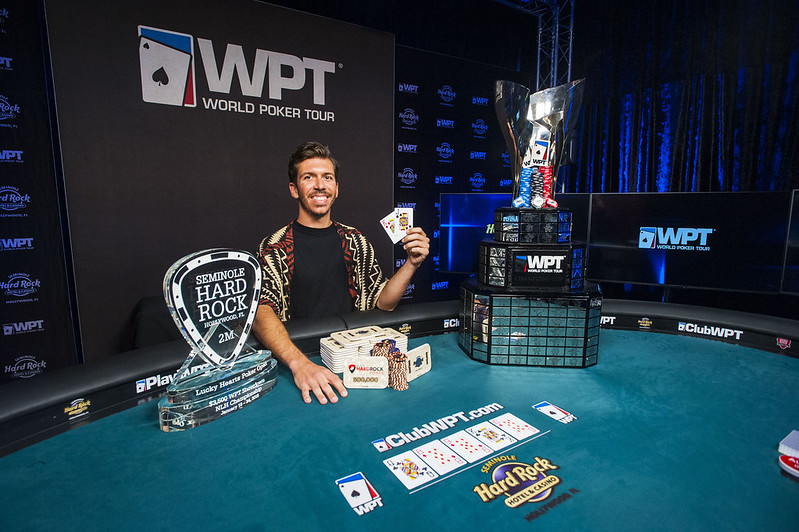 Fish has more than $4.8 million in live tournament winnings. That includes $1.7 million on the WPT with a runner-up finish also here at Seminole Hard Rock in the Hard Rock Poker Showdown in Season XV for $453,185.

In Season XIV he also finished runner-up in WPT Montreal for $237,767, and took third at the Lucky Hearts Poker Open a few seasons earlier for $125,921. Beyond the WPT, he also has a WSOP Circuit ring and numerous other top finishes. However, in recent months poker has taken a bit of a backseat.

“I spend a lot of time working on fitness and wellness practices,” he says. “I do a lot of yoga and look after my diet. I love music and I go out dancing to techno and house music every weekend. That’s kind of how I find my flow state and release some energy when it gets tense from sitting down here so much at the poker table.”

Along with those interests, Fish is co-producing a full-length documentary film called Below the Drop. He and the co-producers are hoping to release it next year with a goal of distribution from a major digital streaming service. A friend brought the idea for the film to his attention, and Fish thought it was an interesting venture to get involved with. The project offers him something to be passionate about outside of poker.

“I’ve never been hunting in my life, but it’s interesting to me and I’d like to go. It’s in my playbook for next year.”

They plan to screen Below the Drop in some film festivals and then hopefully find some distribution with a planned launch next spring. Those interested will find some updates on Fish’s Twitter feed. The film is just one of several projects this poker player has in the pipeline including working toward becoming an event organizer.