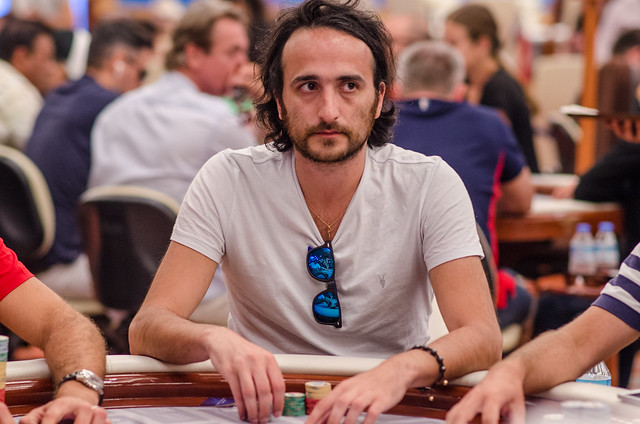 The Champions Club member, Davidi Kitai, has bitten his first bullet, and he wouldn’t have liked the taste.

We didn’t see the action, but Dimitris Ballas told us that Kitai was on the button in a five way pot holding pocket sixes (with the six of diamonds). He was the first player to bet on a [5x] [3x] [2x] (two diamond flop), and received one caller. The turn was the [Qd] and Kitai responded to a check-raise by moving all-in for 12,000. When the cards were turned over he was drawing dead as his opponent held [ad] [4d].

Kitai hasn’t immediately bought back in, but we expect him to.