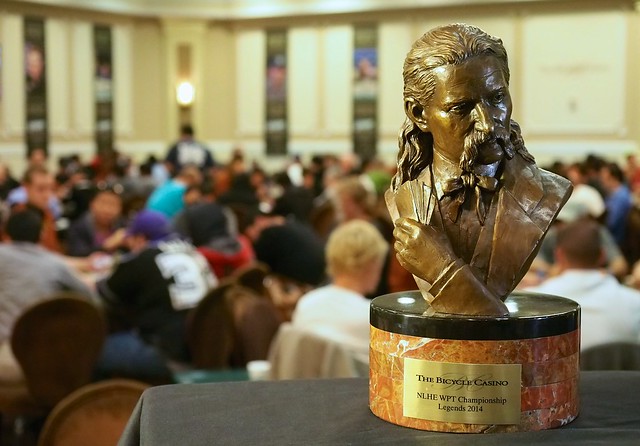 Photo: This trophy featuring Wild Bill Hickok will go to the winner, along with hundreds of thousands of dollars.

Day 1 chipleader Nick Grippo was poised to finish Day 2 with the chip lead in one of the final hands of the night. Grippo got it all in preflop with pocket kings against Chris Tolone’s pocket queens. But the cards were in Tolone’s favor, as he flopped a set and rivered quads to win the biggest pot of the tournament and finish with 982,000 in chips.

The final 54 players will finish in the money, guaranteed at least $8,630. The schedule for Day 3 is to play seven 90-minute levels.

Stay tuned to WPT.com for live updates and chip counts throughout the day as they play their way toward a televised WPT Final Table.