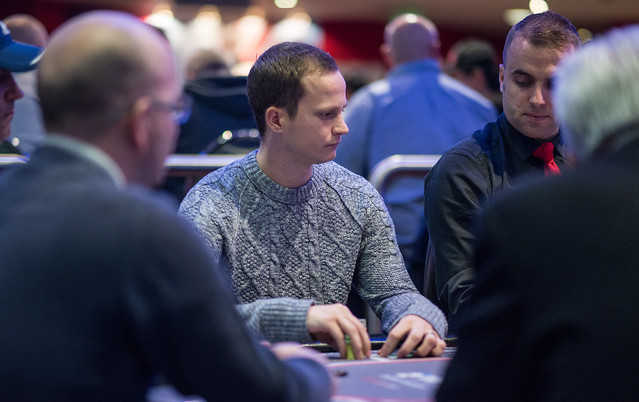 It’s not often that Simon Deadman is the first player out of any tournament, but he has become just that here on Day 1D at WPT500 here in Nottingham. Dusk til Dawn is a little stunned to see that the Hollywood Poker Open champion and British pro on a heater this year has busted, but he’s already bought back in, so fans can relax, they at least get a little more of Deadman on Day 1D.

We heard from the table that Simon and Colin Paddington saw a flop of [7dJc3d] and Simon led out, called by Paddington. The turn was a [2s] and again Deadman barrelled at it, getting a call from Colin. Deadman was exactly that when he jammed the brick river and Colin called it off, showing [2h3h] for turned two-pair. Deadman had Ace-King, and that was it for his first stack.

Just absolutely punted it in the 1st level. Been a while since I’ve done that. No idea why. #re-entry #WPT500 #focus


The hundredth entry of the day is already logged, so the award-winning cardroom is filling up nicely.