Dominik Nitsche Has Been Eliminated 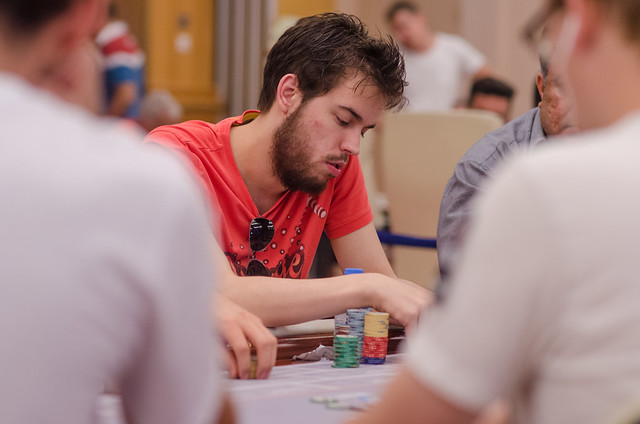 Our colleagues at PokerNews have just informed us that the WPT Champions Club member, Dominik Nitsche, has been eliminated in unfortunate circumstances. He opened the action with pocket kings and found two callers. The flop of [Ax] [Kx] [Tx] (one club) appealed to him and so he kept up the aggression. Sam Trickett – one of the two callers – folded, but the other player made the call. The [6c] put a flush draw on the board; Nitsche bet again and his opponent called again. Finally, the [3c] hit the river, Nitsche (who was clubless) moved all-in, and his opponent called with [Jc] [Tc] for the backdoor flush.

Nitsche has since bought back in.