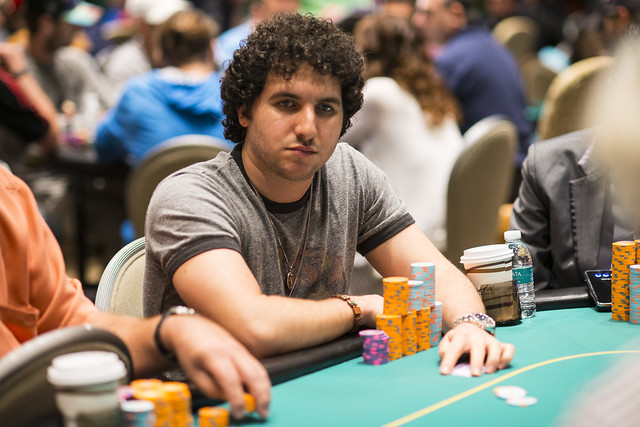 With around 90,000 already in the pot and the board reading [6s5c2s], Phong Nguyen bets 52,000 from the small blind and Eddy Sabat calls on the button.

The river is the [8d] and both players check.

The two hesitate, as neither are willing to show their cads. Sabat gestures to Nguyen that he is obliged to show first. Nguyen briefly contemplates mucking his cards, but eventually turns over [Ad10c] for ace-high.

Sabat shows a rivered set of eights with his [8h8c] to take the pot.