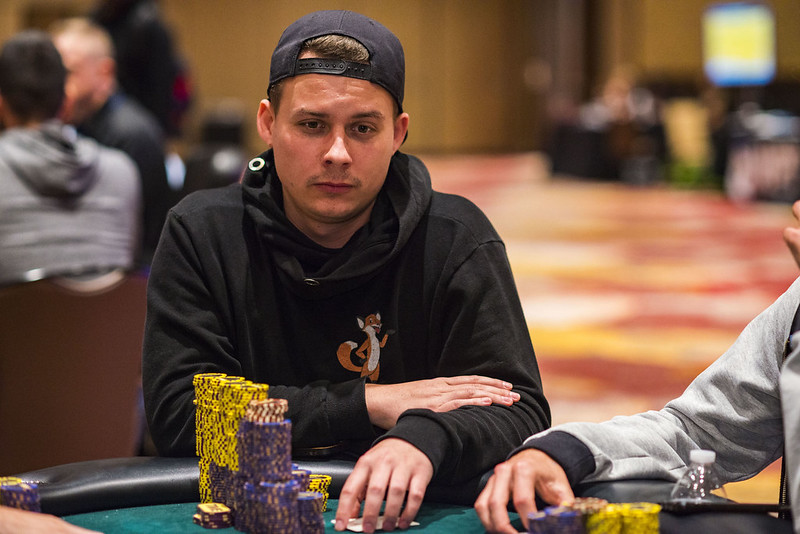 Day 3 of the Season XVIII WPT Seminole Rock ‘N’ Roll Poker Open has concluded from the Seminole Hard Rock Hotel & Casino in Hollywood, Florida, with the 988-entrant field reduced down to the final 17 players.

The day began with 65 players remaining a guaranteed $8,480 payday awaiting. After five 90-minute levels of play, just 17 players would survive into the penultimate day of play with everyone guaranteed a $22,975 payday with the tournament being just one player away from a final two table redraw.

Leading the players into Day 4 is Germany’s Fabian Gumz (pictured) who finished with 6,620,000 in chips. Now living in Austria, Gumz played in the recent partypokerLIVE MILLIONS World Bahamas at the Caribbean Poker Party and decided to make his way to Florida for his first time.

“It’s pretty amazing,” he said. “This is a huge tournament and 90 minutes ago before the last level I was below the average chip stack. I was on a heater the last 90 minutes.”

Sitting second overall on the leaderboard is Cesar Fuentes (4,075,000) who is the only player over 4 million in chips, while Danny Fuhs (3,715,000), Milen Stefanov (3,115,000), and David Novosel (3,055,000) are the only players with over 3 million in chips. WPT Champions Club members Aaron Mermelstein (1,950,000) and Jonathan Jaffe (790,00) are both in the hunt and searching for their third WPT title to join other three-time WPT champions that include Carlos Mortensen, Gus Hansen, Chino Rheem, and Anthony Zinno.

With Season XVIII WPT Borgata Poker Open champion Donald Maloney and Season XVIII WPT Montreal champion Geoffrey Hum eliminated in 41st and 21st place respectively, the Hublot WPT Player of the Year leaderboard has seen some movement. Maloney is now in the lead with 1,300 points ahead of Aaron Van Blarcum (1,275 points), while Geoffrey Hum closes the gap on Van Blarcum as he sits with 1,250 points. However, all three players will still have a sweat as Jeffrey Colpitts sits on 400 points, and if he finishes in third place will sit tied with Maloney, while second-place-or-better will move him into first overall.

Day 4 of WPT Seminole Rock ‘N’ Roll Poker Open begins on Tuesday, December 3, at 12 p.m. (ET) with continuous live updates being provided by the World Poker Tour. Stay tuned right here to WPT.com for the exclusive live coverage of the tournament from start to finish to see who becomes the WPT Seminole Rock ‘N’ Roll Poker Open champion, and wins his or her way to the season-ending WPT Tournament of Champions.