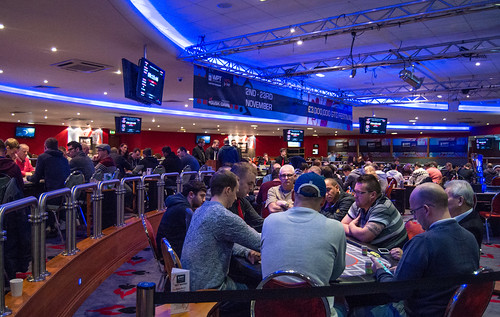 With over two hundred players already in their seats, today is already the busiest day of the WPT500 here in Nottingham, and looks set to be a huge field, with players registering by the minute.

Not that the players at the tables already care; they’re already too focused on finding the cards and making the moves to get them an early stack.

Lee Davy has already played his first pot (that we’ve seen) and he raised up pre-flop to 300. Getting one caller on the big blind, the two men saw a flop of [Jd6sQs] and Davy c-bet to 300, getting a call. both players slowed down on the [Ts] turn, checking to the river of [4h] where two more checks saw them each turn over their hands, Davy’s ace-high with [Ac2c] good enough to take it down.