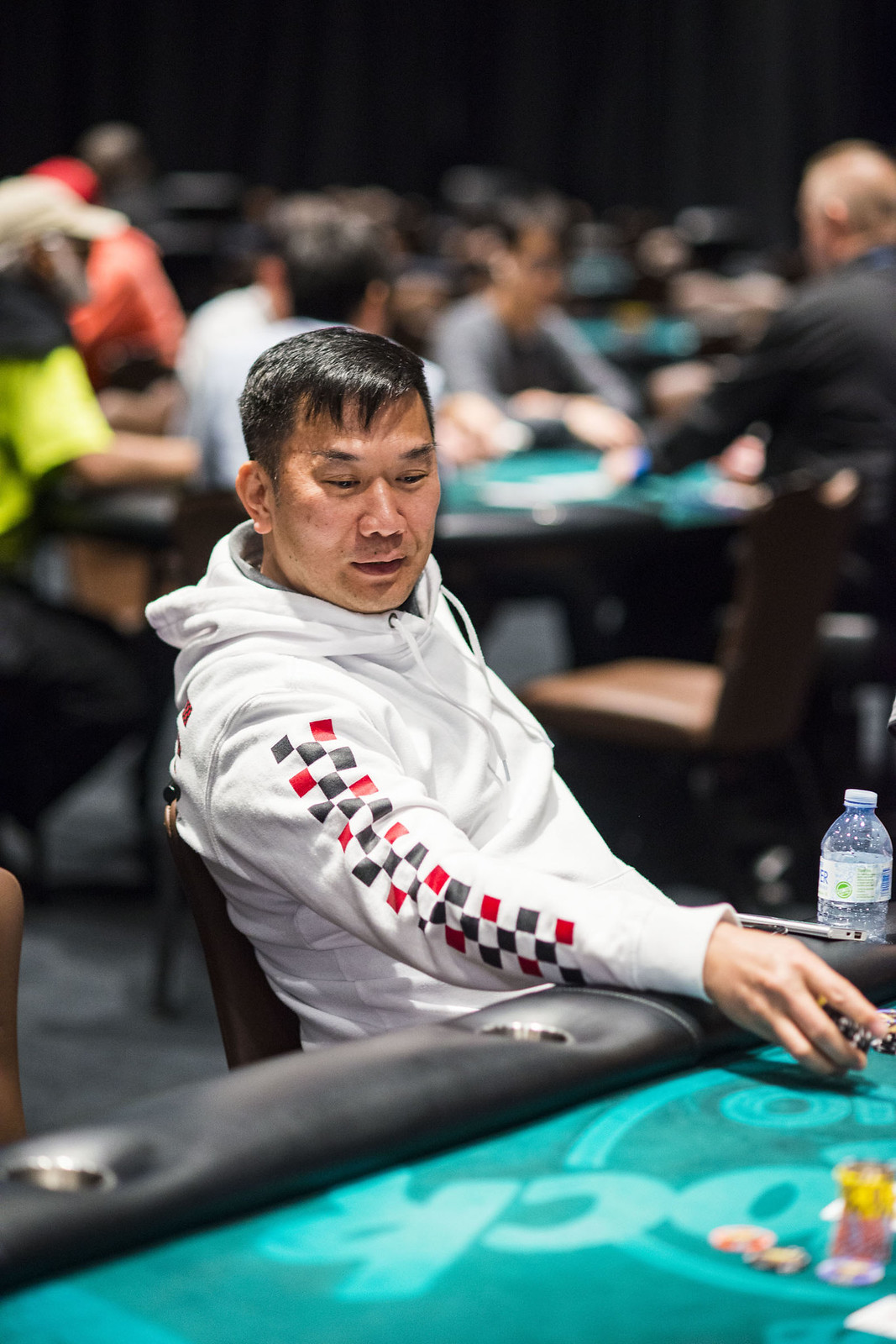 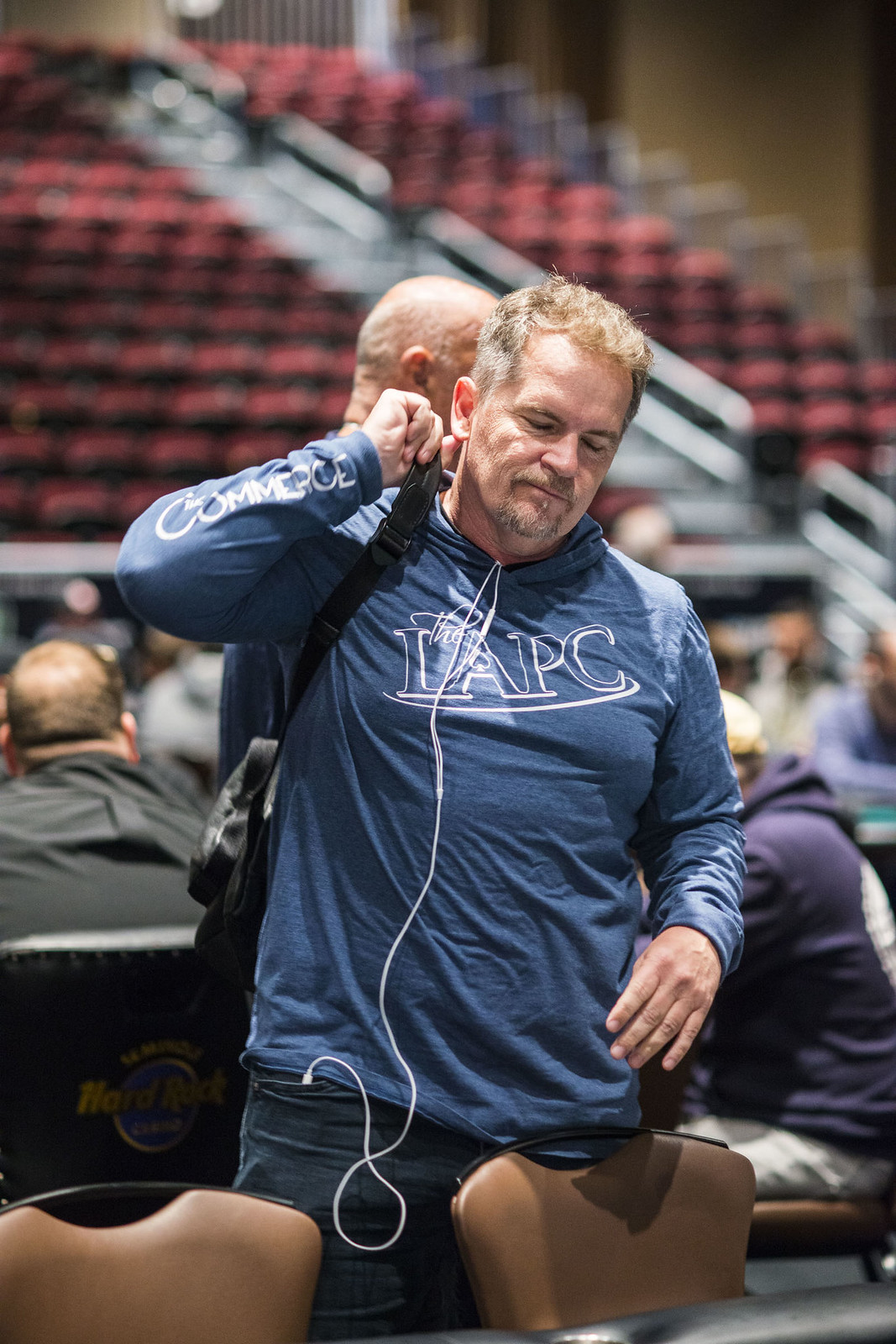 Following a raise under the gun to 400, Irfan Siddiqui three-bet next to act to 1,600. Bob Mather calls in the cutoff before Henry Tran four-bets to 6,600 from the button.

Both blinds fold, and the original raiser five-bets to 16,400. Siddiqui announces he is all in for roughly 50,000, and after several minutes of thinking, Mather calls all in for 46,700.

Tran folds, and after some time deliberating, the original raiser open-mucks his

The big blind announces she folded

, while Tran announced he folded

The dealer spreads the

flop to see Siddiqui improve his aces to top set while simultaneously sending Mather to the rail. 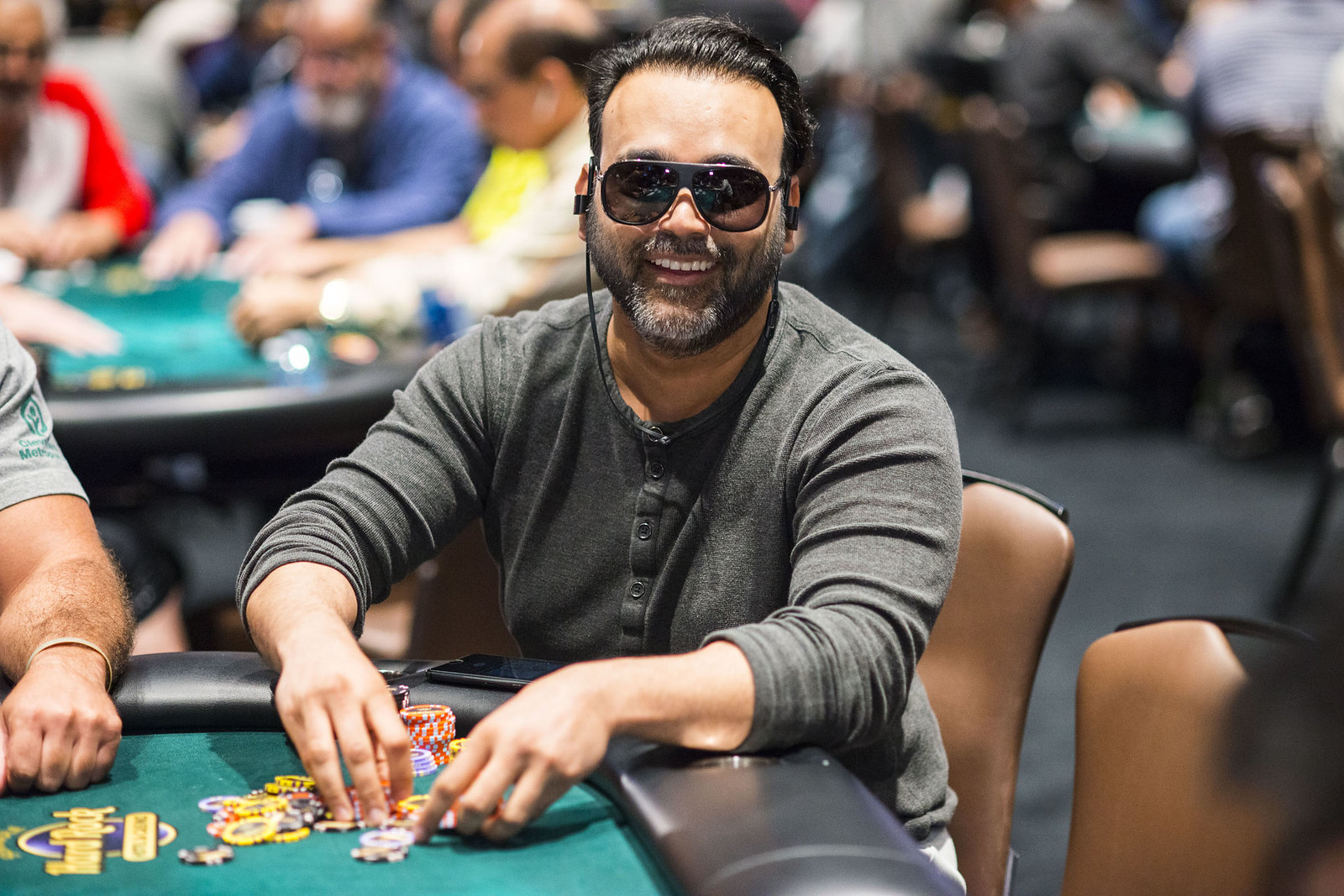