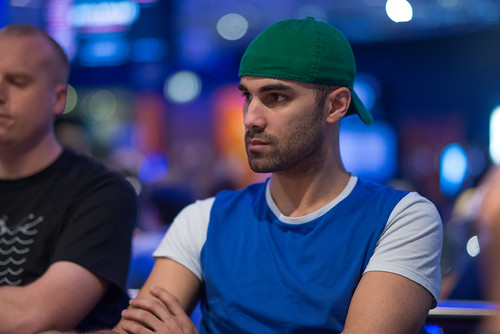 With chip leader Nick Holbrook (pictured above) up to 200,000 chips, we thought we’d stop off at his table and check out the action. It turns out that it’s by far the most chip-rich table in the tournament, with Dave Lloyd Cronin Cornelius and Chaz Chattha both well stacked. Kevin Allen and Konrad Abela have smaller stacks, but are tough opponents, so every player has his work cut out getting chips off the others at this all-male table.

We lost Viktor Ilyukhin (Senior), Elliott Panyi,  Danny Laming and Sarah Berry in the last hour, but almost all of them are expected to play tomorrow on what could be a record-breaking day for Dusk til Dawn in terms of attendance.