Four Hands For The Final Furlong 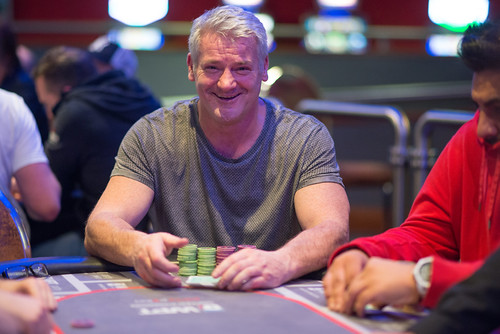 With just four hands to come, it still looks like anyone could be chipleader by the time the players bag up their chips and head for the free bar next door!

David Peters has 2 million, Roscoe around the same, while Danny Toffel (1.9m) and Billy Chattaway (1.8m) are nagging at his heels. Dhru Patel has come up on the rails of this tournament to have 1.5m seemingly from nowhere (it’s not from nowhere; he’s rea lly good. true story), while other players such as James Thomson, Stevie Watts and Harry Beattie all burned too bright earlier and are now on the rail.

Who will be the chipleader?  As soon as play finishes, we’ll await the chip-counts. It may take a while, as we expect between 55 and 60 players to have survived, but you’ll find out here first!