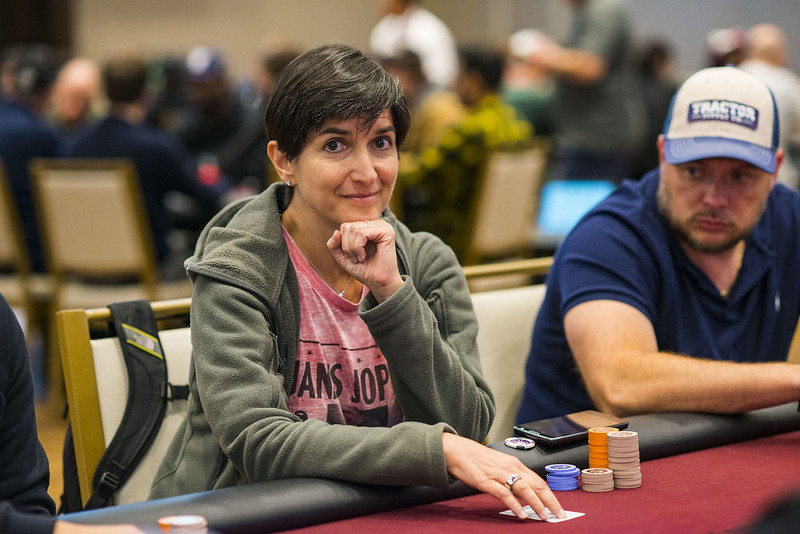 The airplane door slides open. Lara Eisenberg (pictured) takes a deep breath and jumps out. She’s thousands of feet above the Earth and the earth is a blur so far below her. Eisenberg doesn’t have much time to enjoy the descent. Not just because she’ll have to deploy her parachute soon, but because she’s also part of a group of several other skydivers competing in formation.

A cameraman is among the pack, filming the group converging in unison before finishing the drop under the safety of their chutes.

“I was jumping for 24 years,” says Eisenberg, who was among the final 51 players for Day 3 of the WPT Maryland. “I wasn’t in it for a big adrenaline rush. You’re competing so it’s really more about having a competitive outlet. For competition, you have a certain amount of working time.”

“At the competition, they draw a random sequence. You can practice going through it on the ground, but when you go up you have 45 seconds to go through the sequence as many times as you can.”

With more than 4,500 jumps, Eisenberg was regularly part of teams of four or eight who compete to form patterns while descending back to earth. She was even part of the current world record, a group of 400 people who performed a single formation in the air in Thailand in 2006. 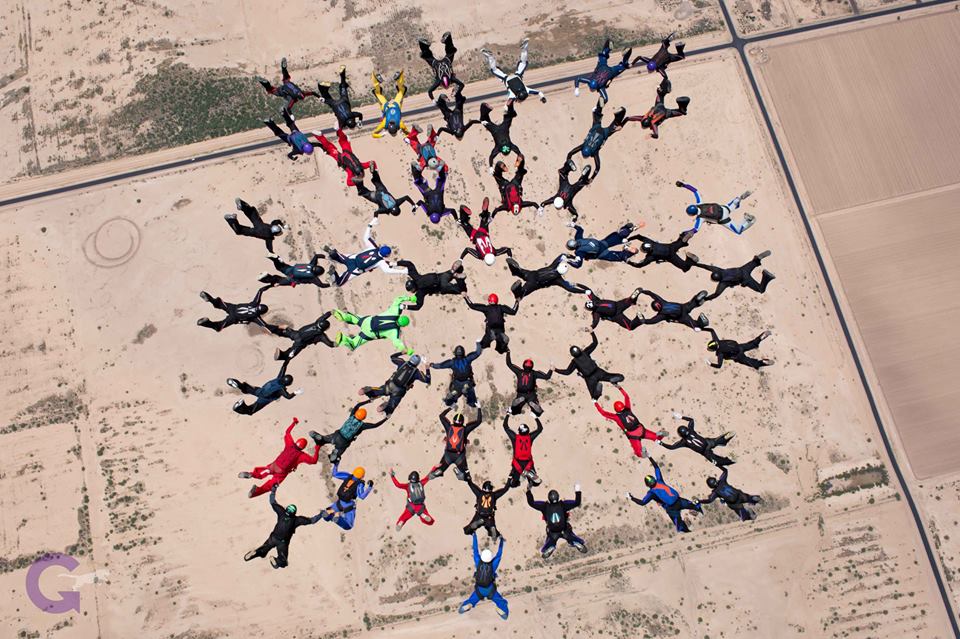 Beyond the simple aspect of jumping out of a plane and trying to accomplish the sequence, there are also some other challenges. It’s a very physical sport, Eisenberg says, and jumpers must be in good shape. Competitors must also be able to handle things moving quickly and manage the stress of that well.

“There’s a lot going on so it’s kind of fun,” she says. “I got to a pretty high level in skydiving to the point where to take it to the next level was going to take a ton of time or money. So I put my time into poker.”

So when it comes to being in the middle of the action, Eisenberg has plenty of experience. She took 38th in the WPT Maryland two years ago for $10,200.

“It feels great,” she said before Day 3 got underway. “Hopefully I can spin it up. I ended up a little short after the bubble. The first day was great. I actually had a big chip loss early and then ran it back up. And then Day 2, I lost a number of flips so never really got something going again.”

This recreational player has some nice skins on the wall at the poker table. In April, Eisenberg won a WSOP Circuit ring in a $1,125 tournament in Iowa for $28,199. She has several other nice scores as well with almost $100,000 in live tournament winnings.

When not playing poker or jumping out of airplanes, Eisenberg works as a radiologist from her home in Silver Spring, Maryland.

“I work every other week, so that gives me a lot of time off to play poker and do other stuff,” she says. “It’s actually the perfect thing for a doc. I read CAT scans, MRIs, and ultrasounds for a group in California – seven days on, and seven days off.”

That gives her some time to play poker at Live! Casino and other area properties. She also travels a bit for events and enjoys larger tournaments with nice guarantees.

Eisenberg’s wife is in the Air Force and she has one stepson. She enjoys traveling and spending time with family. Her skydiving career came to an end a few years ago, however. 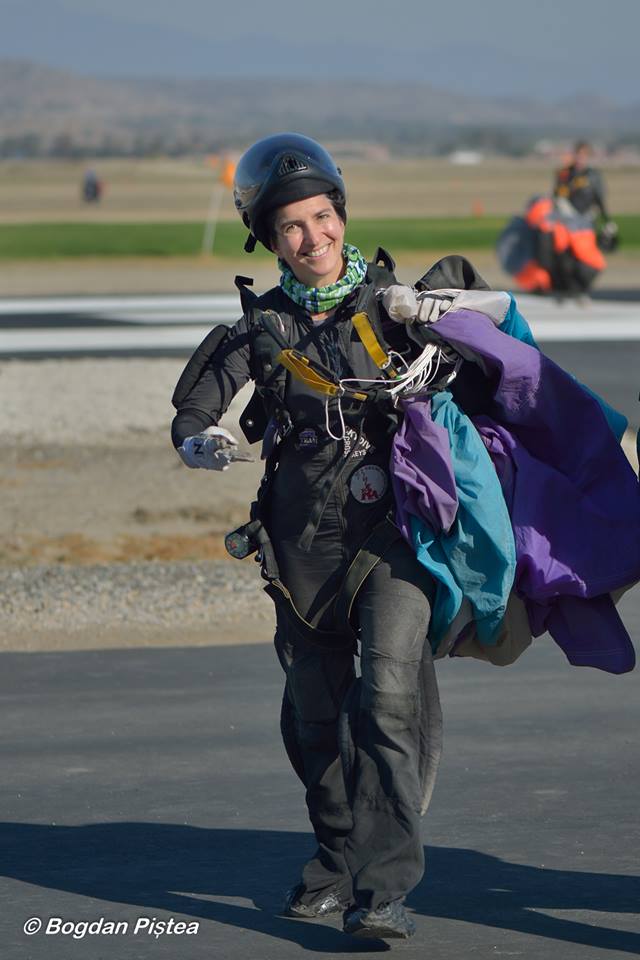 “My job made it such that I’m working some every other weekend and I want to spend time with my wife on the weekends that I’m not working,” she says. “I also want to play poker some and skydiving takes a full weekend.”

A final table appearance wasn’t in the cards this week at Live!. Eisenberg once again finished 38th for $8,240 and said she had a great week as she walked to collect her payout. Poker has been good this former skydiver – no parachute required.