Froch Out But Not Down 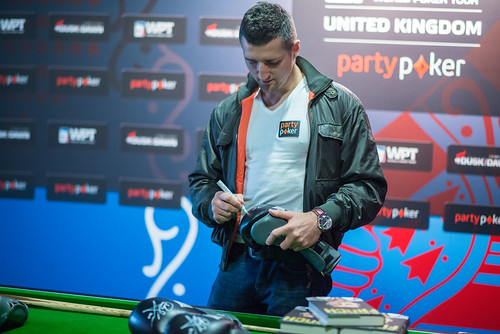 Carl Froch may have busted here on Day 2, but it’s clear that the four-time World Champion has had a blast.

Joking on his table,  Froch found out that Nick Holbrook, who was sat opposite the Nottinghamshire legend, bet on George Groves to win the second fight between the two men – where of course, Froch turned in one of the best British boxing performances in years to flatten his rival.

"How can you bet on him when I won the first match?"

Holbrook went on to explain how the sway was with Groves, that people thought he could win., and he went along with that thinking.

"Maybe I owe you money, really," quipped Froch. "That fight sold out from people thinking he could beat me. You made me ten million really."

For someone who really isn’t used to knockouts, he took it like a man.  He’s signed books for fans and will be back at the Players’ Party later! Champion.