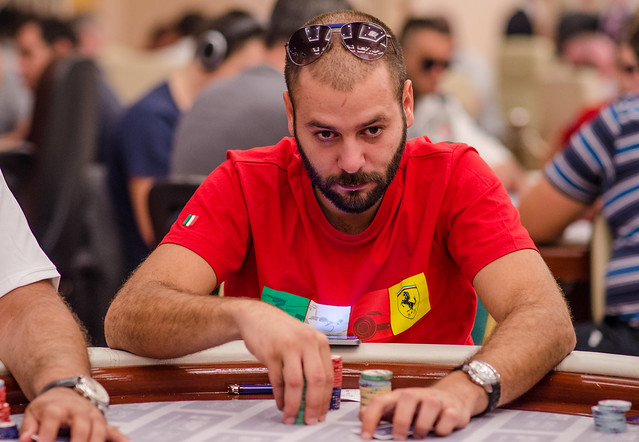 Gabriel Schaucash has eliminated two players in one fell swoop, and boy did we hear about it.

From what we can gather there was a raise to 400, Sevket Yildaz called, Schaucash raised to 1,200, a fourth player moved all-in for 2,100, the initial raiser made it 3,800 and both Yildaz and Schaucash called.

Yildaz moved all-in, for around 12,000, and after several minutes in the tank Schaucash called.

The first player – who was all-in – was holding pocket sixes for the straight, Yildaz showed [Ax] [Qx] for the wheel draw and over cards, and Schaucash was holding [Ks] [2s] for the spade flush draw.

Cue the cries of joy.