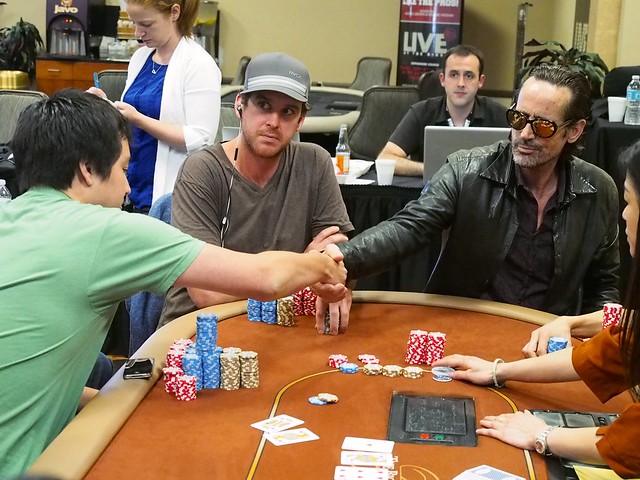 Cornell stares OLeary down and starts to ask him questions, attempting to elicit a reaction.  Cornell tells him, "You’re always so talkative when you have a big hand."

OLeary says nothing, so Cornell takes a few more seconds before calling with [KhJh]. OLeary turns over [Kc10h] and needs some help to survive.

He gets no help from the [8h6h2h] flop, as it gives Cornell a flush and leaves OLeary drawing nearly dead. The turn is the [6d] and the river the [Ah] and OLeary is eliminated.