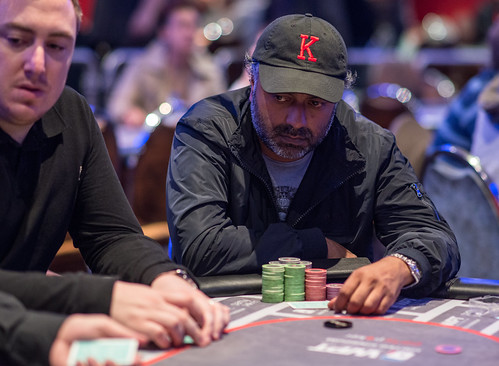 Gabriel Carter is OUT of the running on Day 1B. Having lasted on fumes for a good two hours, the London-based player got it in slightly ahead with [Ah9h] and was called by [JsTc].  The [AdKh6s] flop looked OK, but runner-runner [Jc] then [Td] skittled his hopes.

Eslewhere, others are profiting, with Karim Louis (pictured) roaring through the last levels to go into the final level with an 80,000 stack. Simon higgins has the lead, however, a monster 300,000 stack sat in front of him. If he can hang on to that, it would be enough to put him clear of the entire field so far.