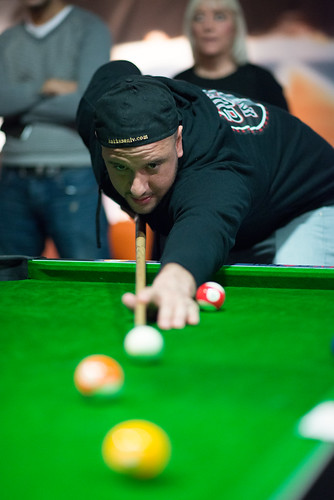 Michael Mizrachi (pictured in the partypoker Players’ Lounge came for a good time, but not a long time, as his stack was totalled in a brutal hour at the felt.  Of course, he’ll be used to leaving a tournament, and may well play the turbo Day 1F to try and bag a Day 2 seat, after all, he’s played thousands of poker tournaments, but he’s also used to winning, and will be disappointed to have run so cold.

Mizrachi made some terrific folds in the last couple of levels he played actually, and after his golden start ran pretty badly near the end. As it happened, he got all of his chips in with around fifteen big blinds left  with [AcJd] and was called by pocket queens. He managed to hit a jack on the flop, but that was as good as it got.

Another very good who is out is Tom Hall. He flopped a set of sevens, but it also featured three clubs, and when the chips went in there and then, Karol Radomski turned over [Jc9c]. No pairs came on the board to help Tom and he will have to get through the turbo to make Day 2.