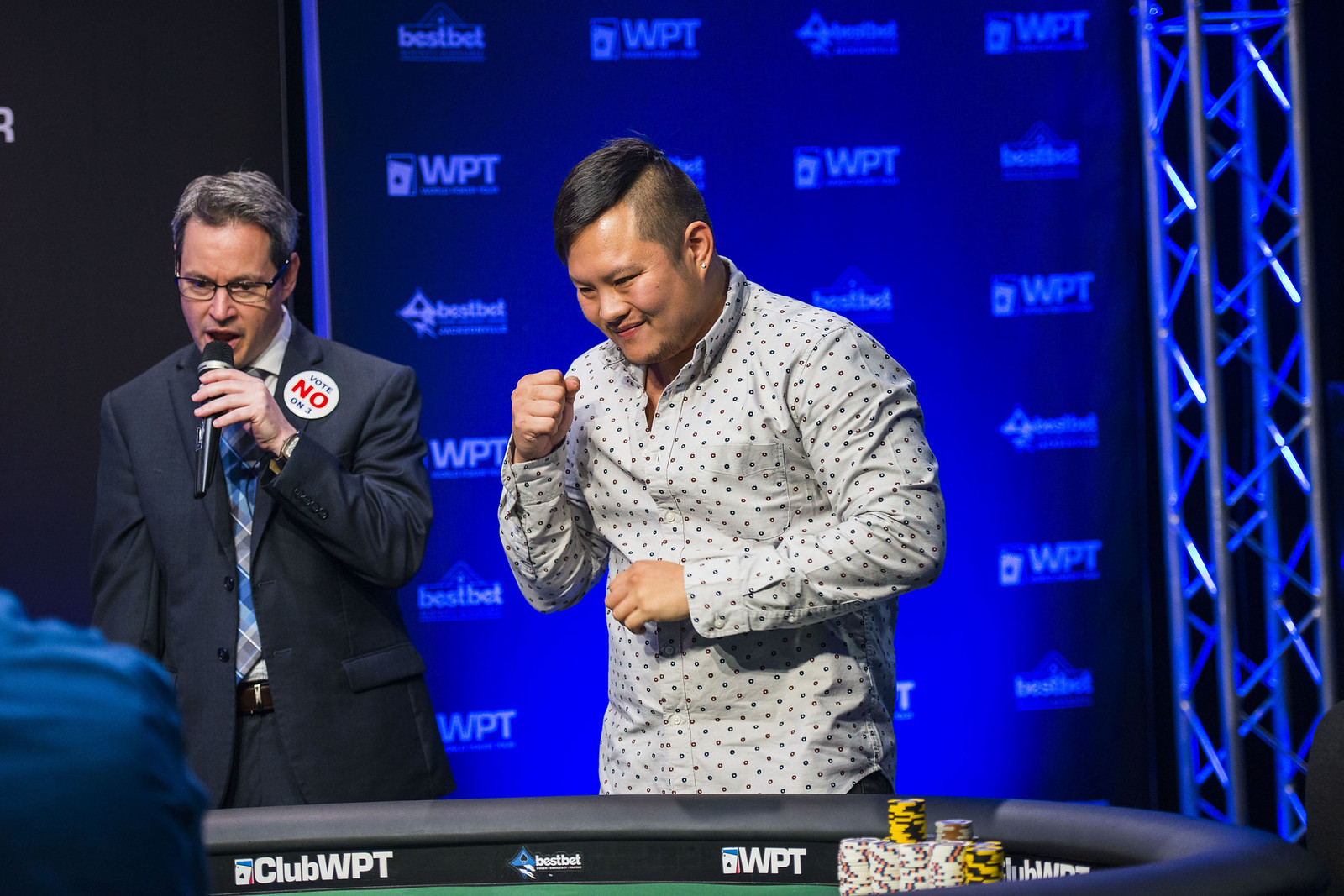 Photo:  Tony Tran pumps his fist as he wins the WPT bestbet Bounty Scramble. Back when there were 30 players remaining, Tran lost an all-in and was knocked all the way down to just 2 big blinds. Not quite a chip-and-a-chair, but an exceptional comeback nonetheless!

, and needs to improve to stay alive.

, and both players flop a pair, with Tran still in the lead with a pair of kings.

, and Schwartz needs a five on the river to stay alive.

, and Tony Tran wins the pot — and the WPT bestbet Bounty Scramble — with two pair, aces and kings.

Tony Tran wins the WPT bestbet Bounty Scramble, earning $341,486, which includes his $15,000 entry into the season-ending WPT Tournament of Champions. Tran also receives a WPT Champions Trophy and his name will be inscribed on the one-and-only WPT Champions Cup, alongside every other WPT champion from all 17 seasons. 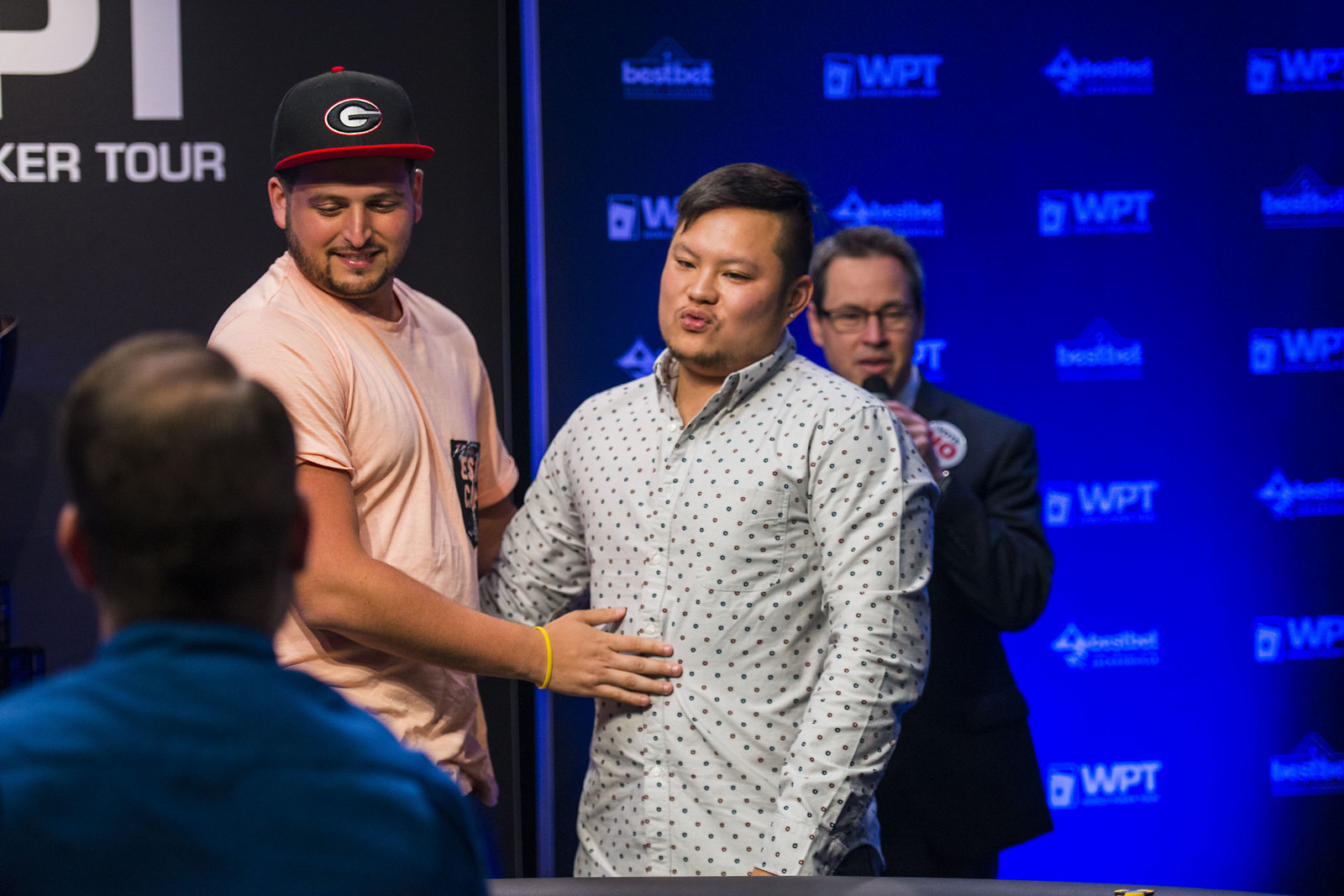 * First-prize amount includes the winner’s $15,000 entry into the season-ending WPT Tournament of Champions.