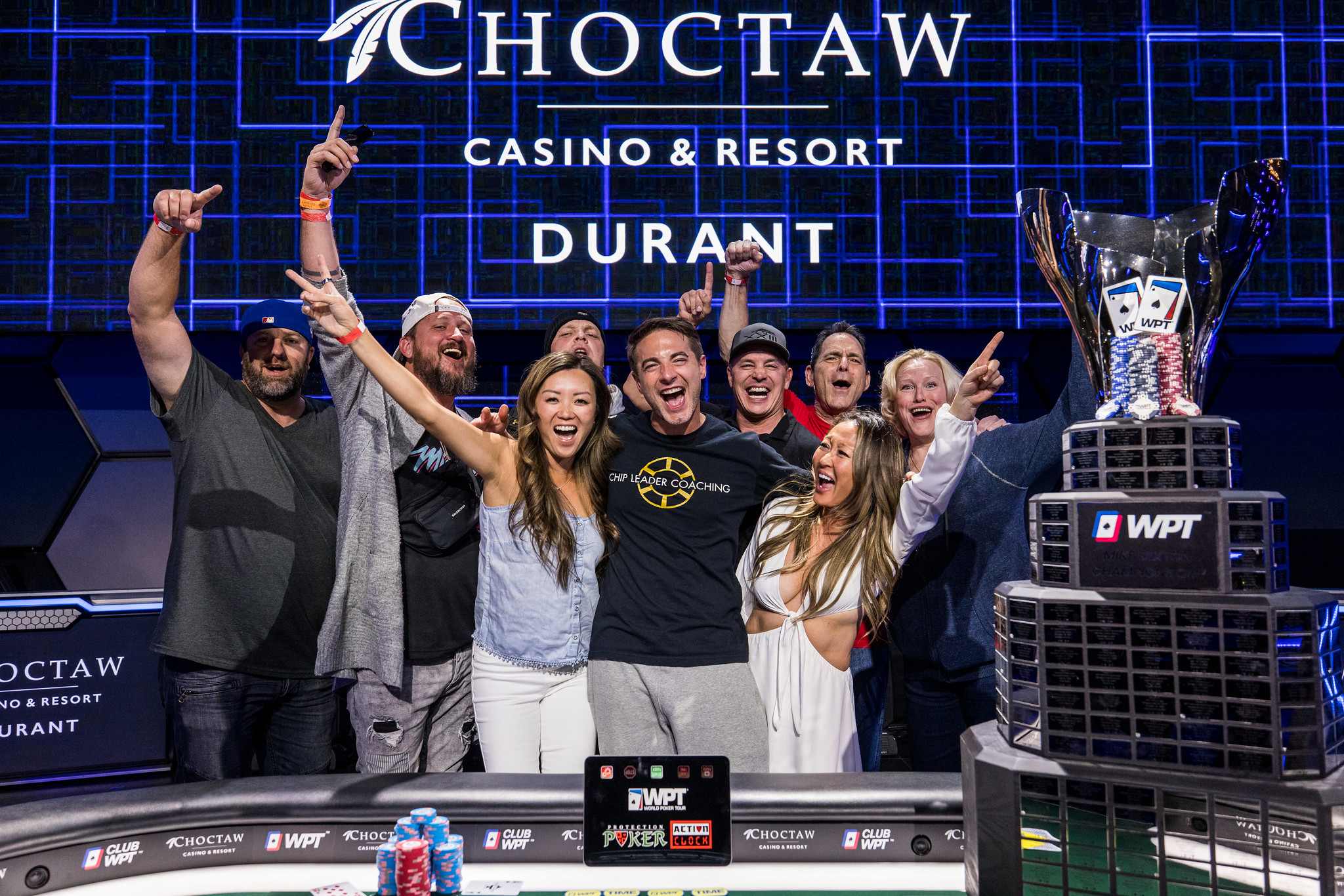 Steve Buckner moves all in for 6,400,000, and Chance Kornuth quickly calls with

, and needs to improve to stay alive.

, and Kornuth pairs his ace on the turn to clinch the pot — and the WPT title — with two pair, aces and fives.

Chance Kornuth wins WPT Choctaw, earning $486,600. Kornuth’s name will be engraved on the one and only Mike Sexton WPT Champions Cup, alongside every other WPT champion from all 20 seasons. 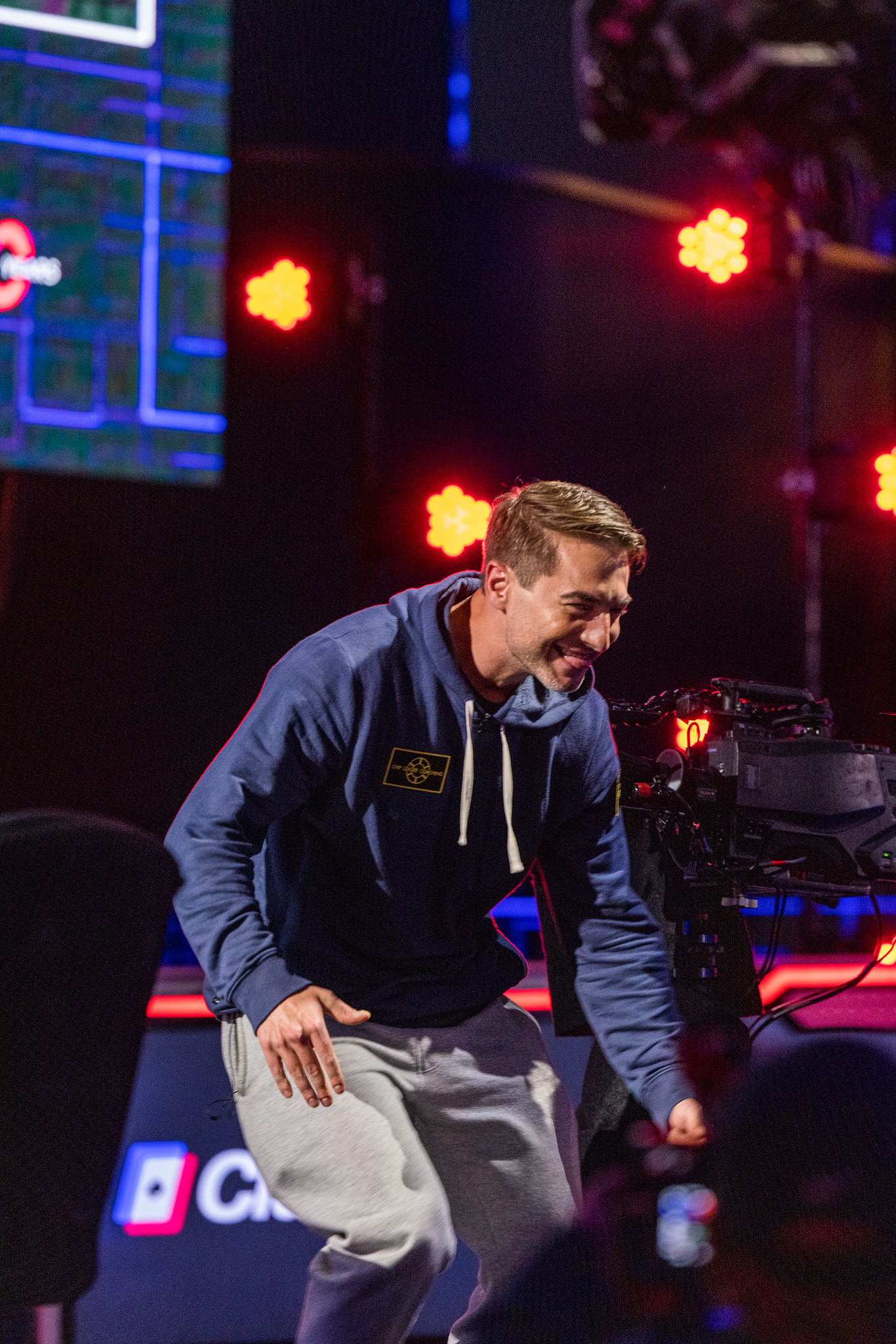 Photo:  Chance Kornuth leaps from his chair to celebrate his WPT Choctaw title. 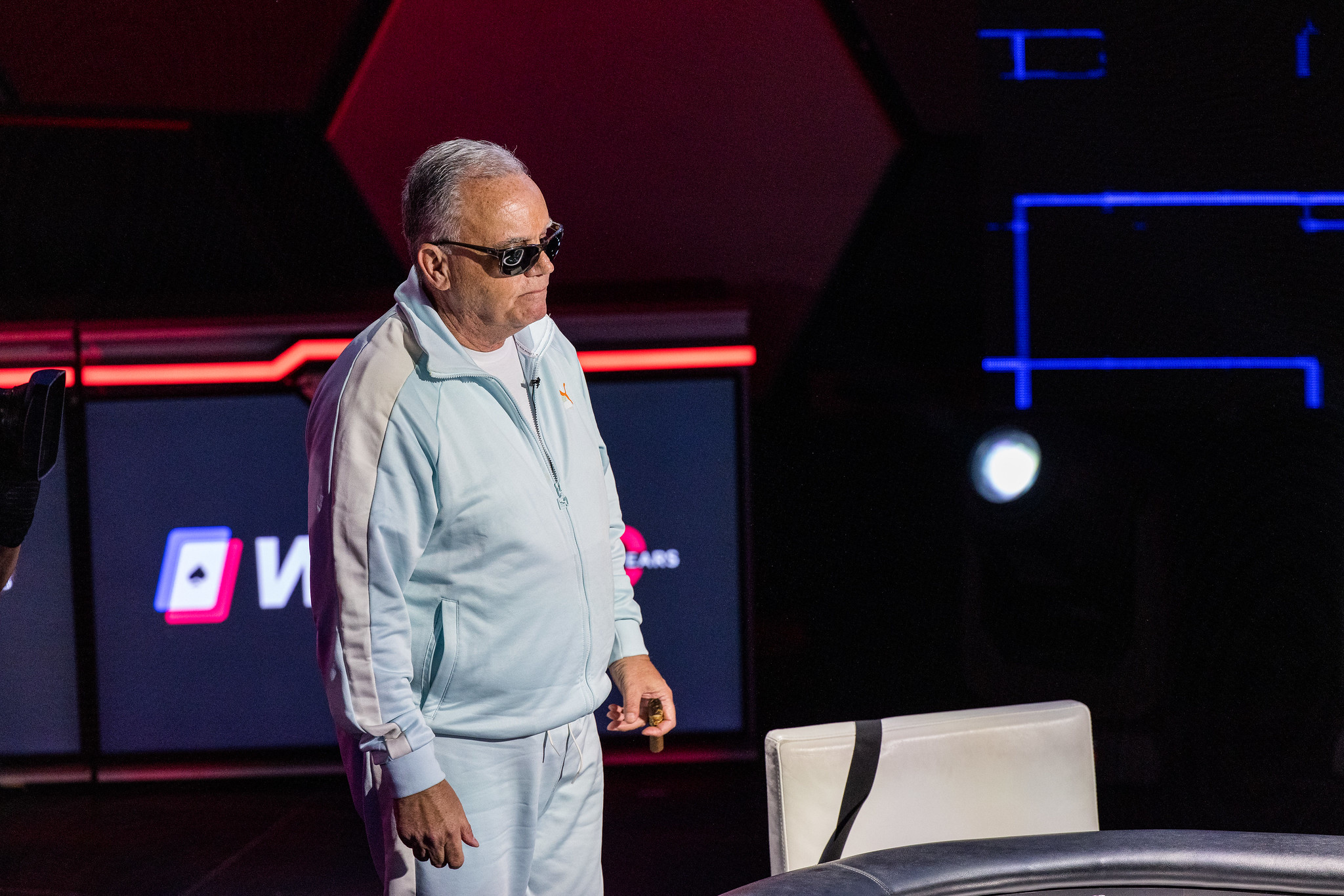