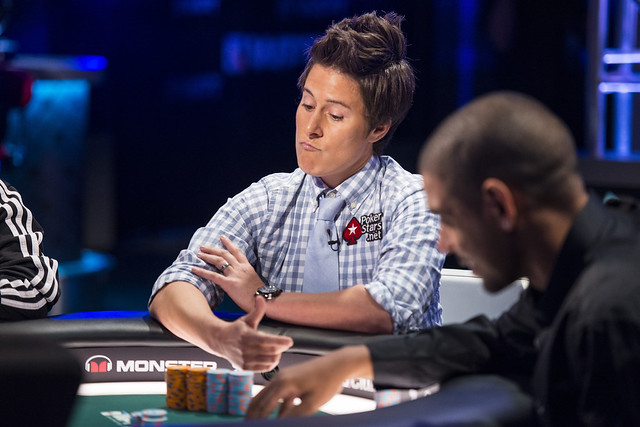 Vanessa Selbst min-raises from the button to 20,000, and Antonio Esfandiari calls from the big blind.

Both players check to the turn on a board of [5s4s4hQd], Esfandiari bets 24,000, Selbst thinks for a while before she raises to 63,000, and Esfandiari calls.

The river card is the [Kh], Esfandiari checks, Selbst moves all in, and Esfandiari tanks for so long that he begins making small talk with the dealer. Esfandiari makes a few fake-out moves where it looks like he’s about to move all in, but he may be trying to get a read off of Selbst.

Esfandiari eventually folds, and Selbst smiles as she takes the pot.