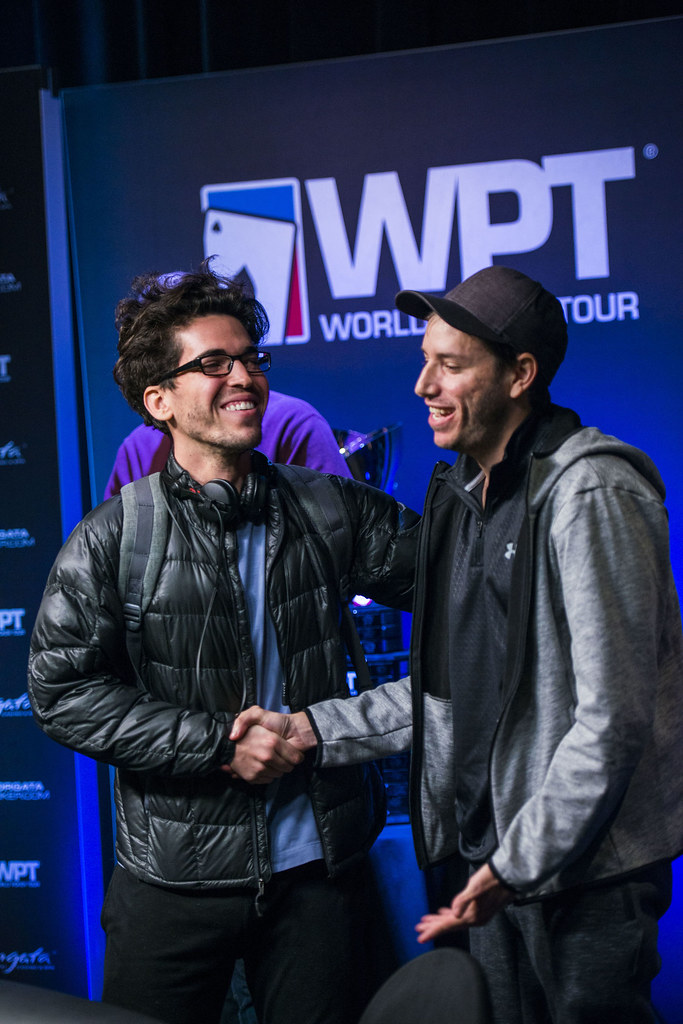 , Weinman checks, and Kenney thinks for a while before he bets 3,005,000. Referring to the single 5K chip, Kenney calls it “a little blue cherry.” Weinman thinks for about 40 seconds before he calls.

, Weinman checks, and Kenney tanks for about a minute before he moves all in for 10,610,000. Weinman goes into the tank, and has Kenney covered by a little more than a million.

Weinman tanks for about two minutes before he calls with

for a pair of fives. Kenney turns over

for king high, and Weinman wins the pot with his pair of fives to eliminate Kenney in third place.

That was the last hand of Level 32, and the players will take a short break before heads-up play begins. 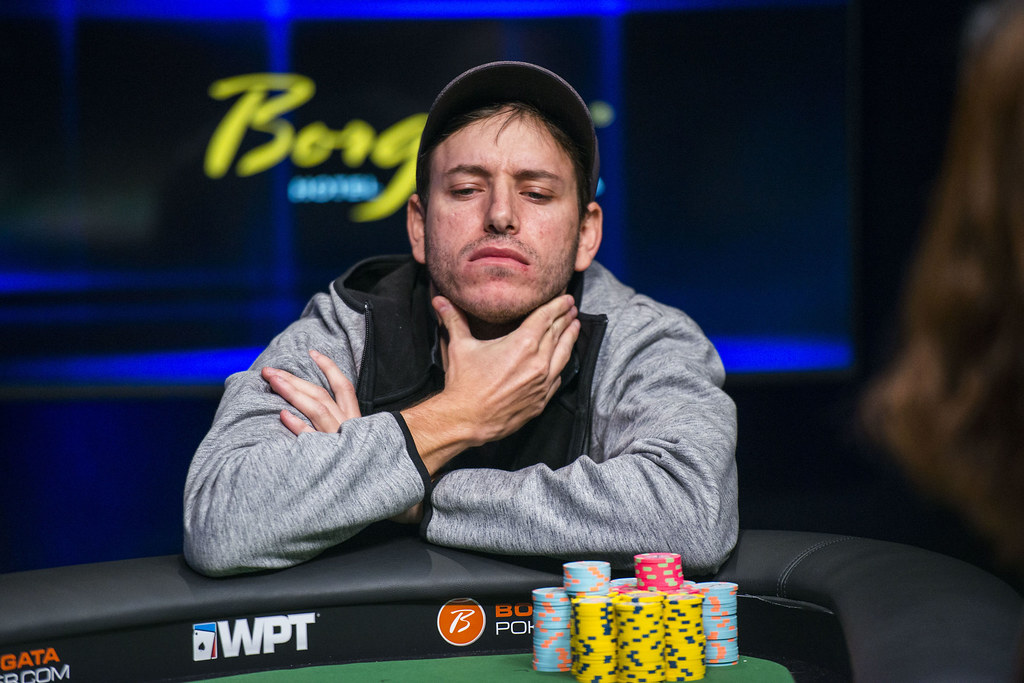