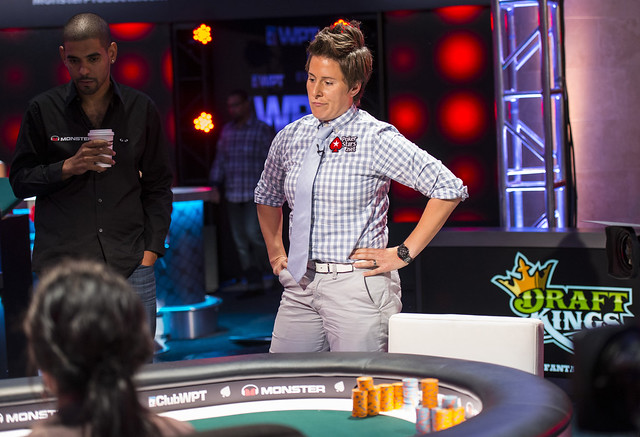 Phil Laak raises from the button to 38,000, and Vanessa Selbst calls from the small blind.

Laak snap-calls with [9d8d] for a flopped jack-high straight, and Selbst turns over [Jh10d] — two pair. Selbst needs to improve to stay alive.

The river card is the [2h], and Laak wins the pot with his straight to eliminate Vanessa Selbst in third place.