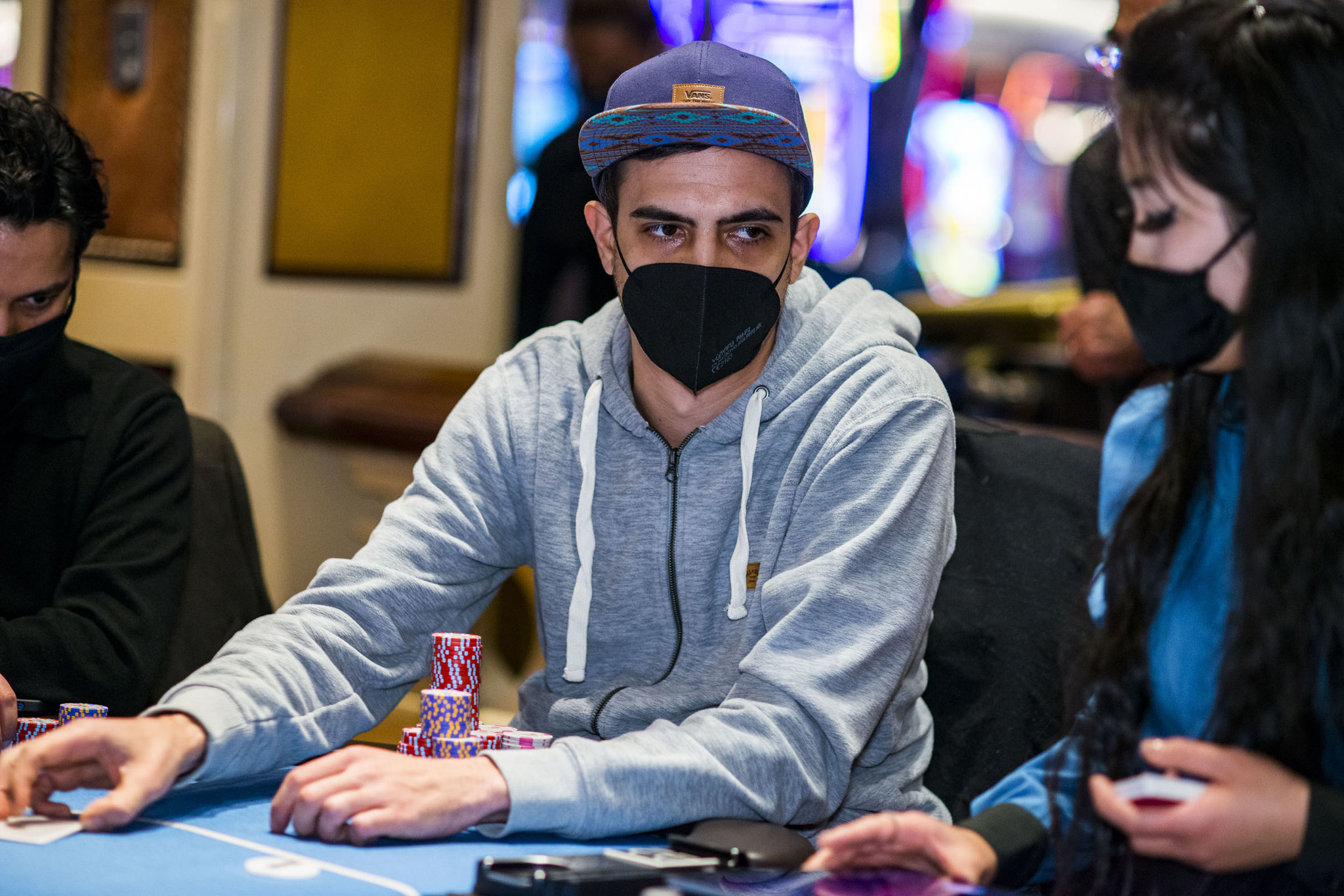 HAND #16  –  Taylor Black raises from middle position to 125,000, Vikenty Shegal calls from the hijack, and Gianluca Speranza calls from the big blind. All three players check to the turn on a board of

, Speranza checks, and Black bets 125,000. Shegal calls, and Speranza folds. The river card is the

, and Lyons stands up. Speranza moves all in, and the dealer gets about halfway thru counting Speranza’s stack when Lyons calls.

Lyons says, “Show me you can beat my hand.”

, and it’s immediately evident that Lyons can’t beat it. Lyons tosses his cards in the muck, but when somebody points out that the cards have to be shown since it was an all-in situation, Lyons says, “I’ve got sevens,” and he grabs his cards and flips them over to show

Speranza wins the pot with his pocket aces to double up to more than 5.3 million.

“Nice hand,” says Lyons, who drops to about 11 big blinds. 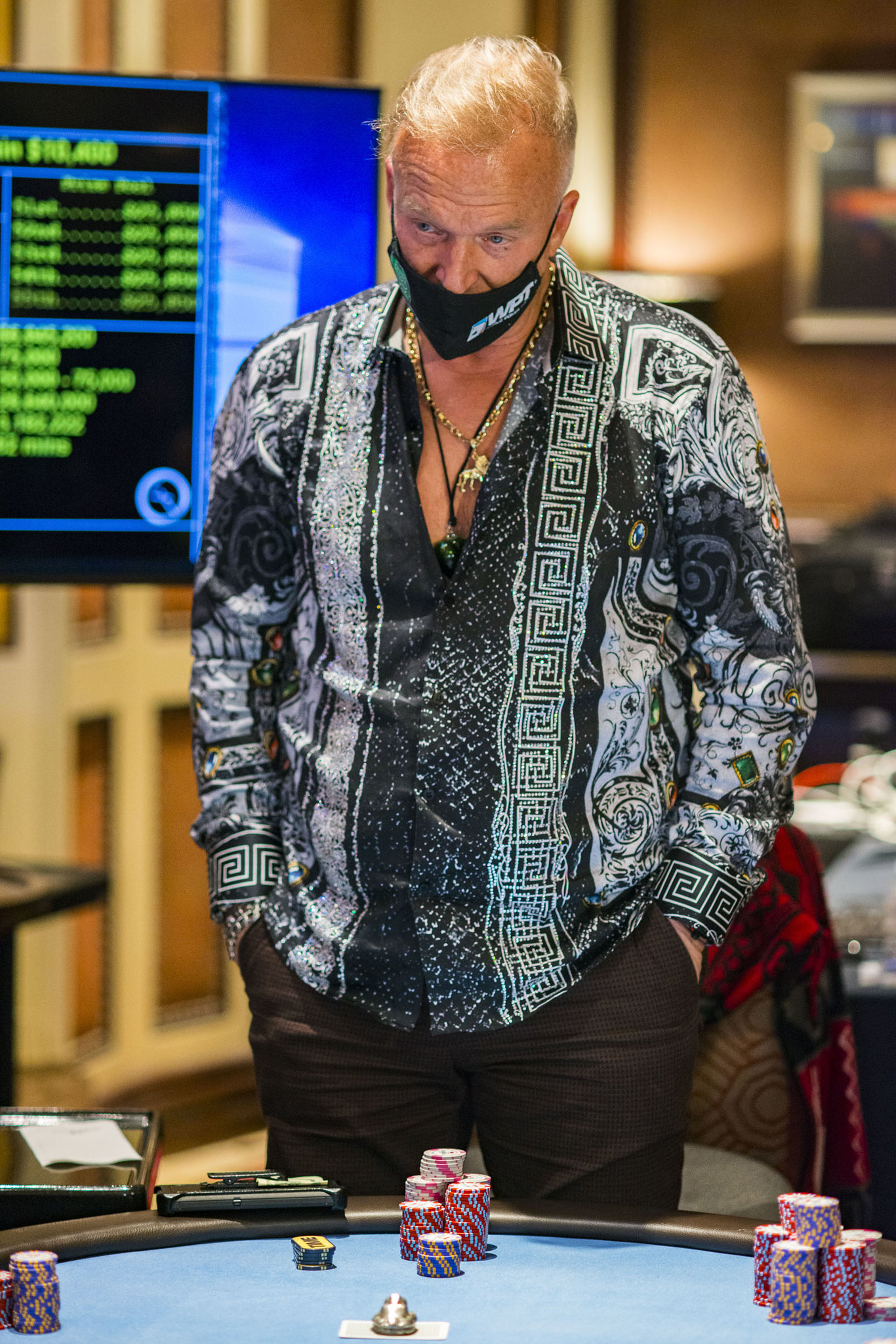 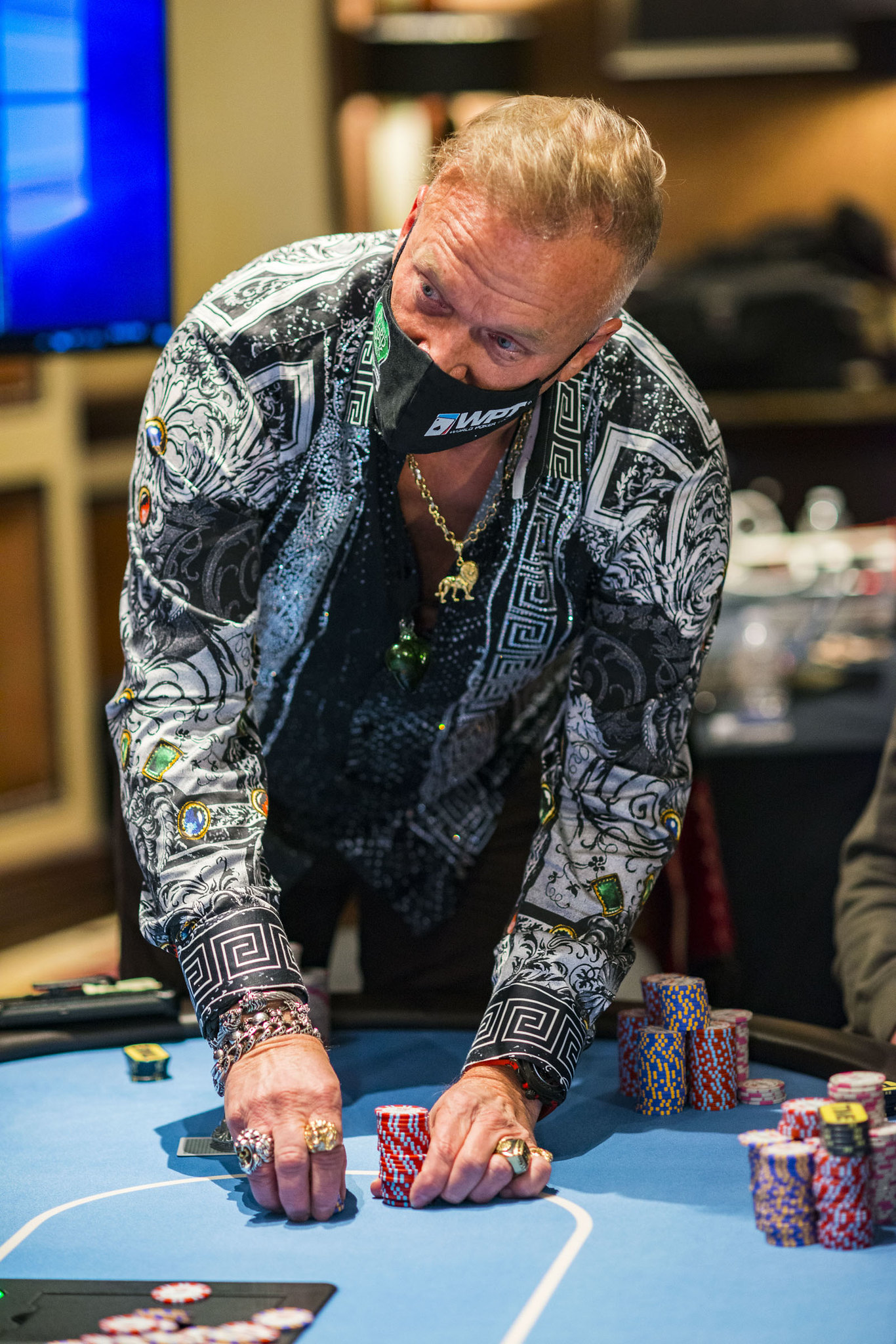 Photo:  Pat Lyons stood up for the entire river action.