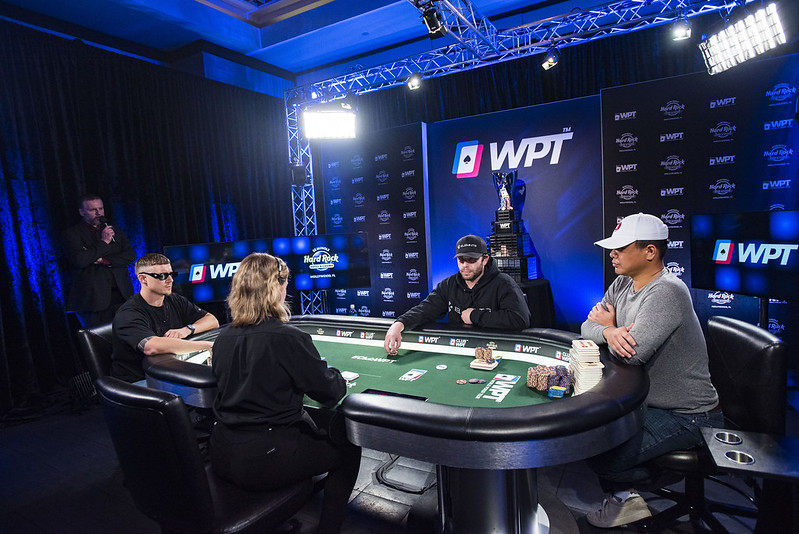 Hand #86: Anton Wigg announces he’s all in from the small blind and Daniel Lazrus folds, earning Wigg the pot.

Hand #87: Wigg raises to 600,000 on the button and Alexander Yen defends his big blind. The flop drops

and Yen checks for a third time. Wigg empties the clip, stating another bet of 2.1 million. Yen check-raises to 5.5 million, sending Wigg into the tank for close to 90 seconds before calling.

for a turned full house and Wigg mucks.

Hand #88: Lazrus open-jams on the button and both players fold behind, earning him the pot.

– Lazrus flops a pair of jacks, but a flush comes on board to bring about a chop for both players.

Hand #90: A little over a minute remains in Level 31, and Lazrus uses two of his time extensions to let the clock run down from the small blind before folding and giving Yen a walk.

The tournament is now on a 20-minute break.