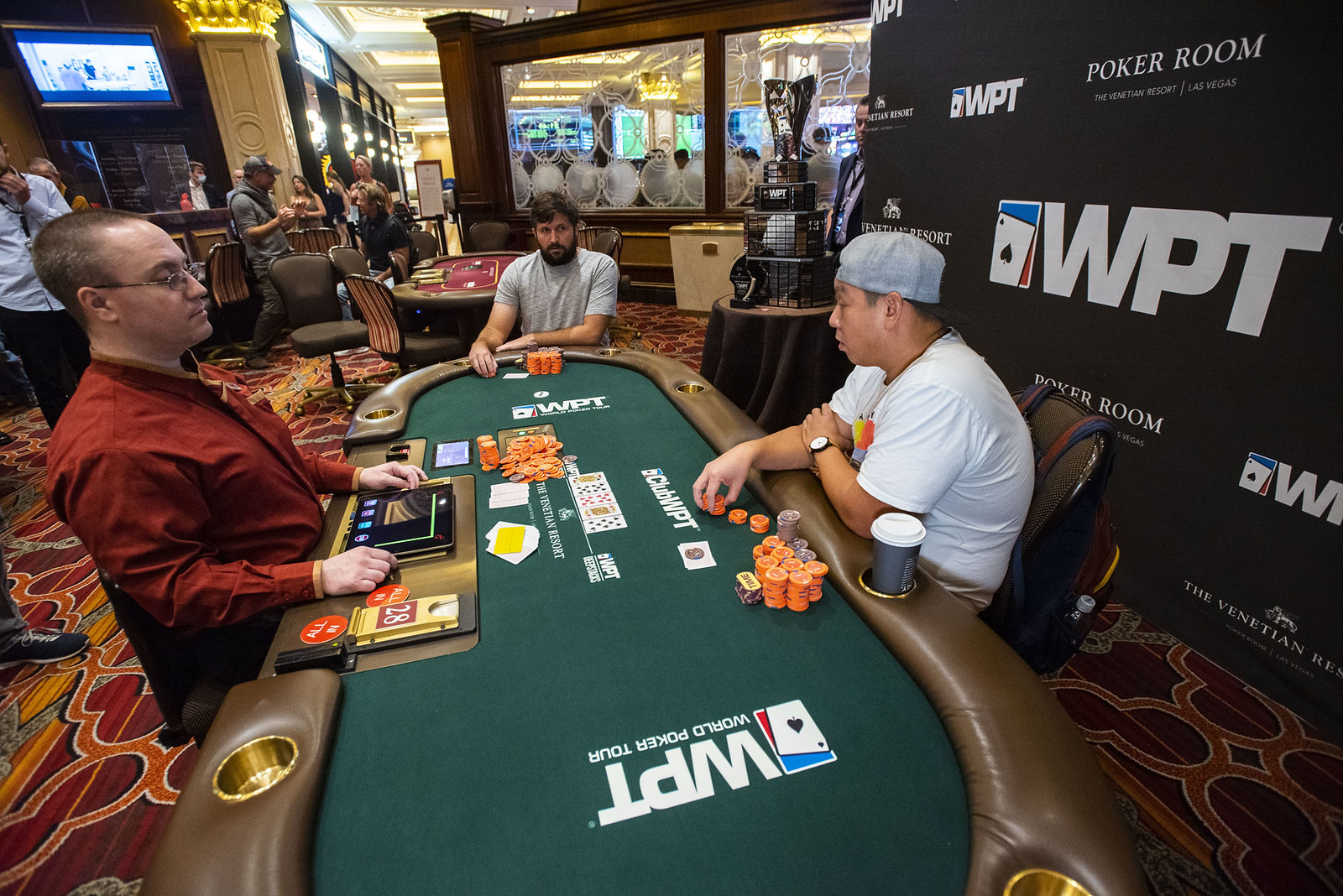 Photo:  Chad Eveslage (top) waits for Mike Liang to act on the river in what would become the biggest pot of the tournament.

for trip tens, but Eveslage turns over

to win the pot with a king-high straight. 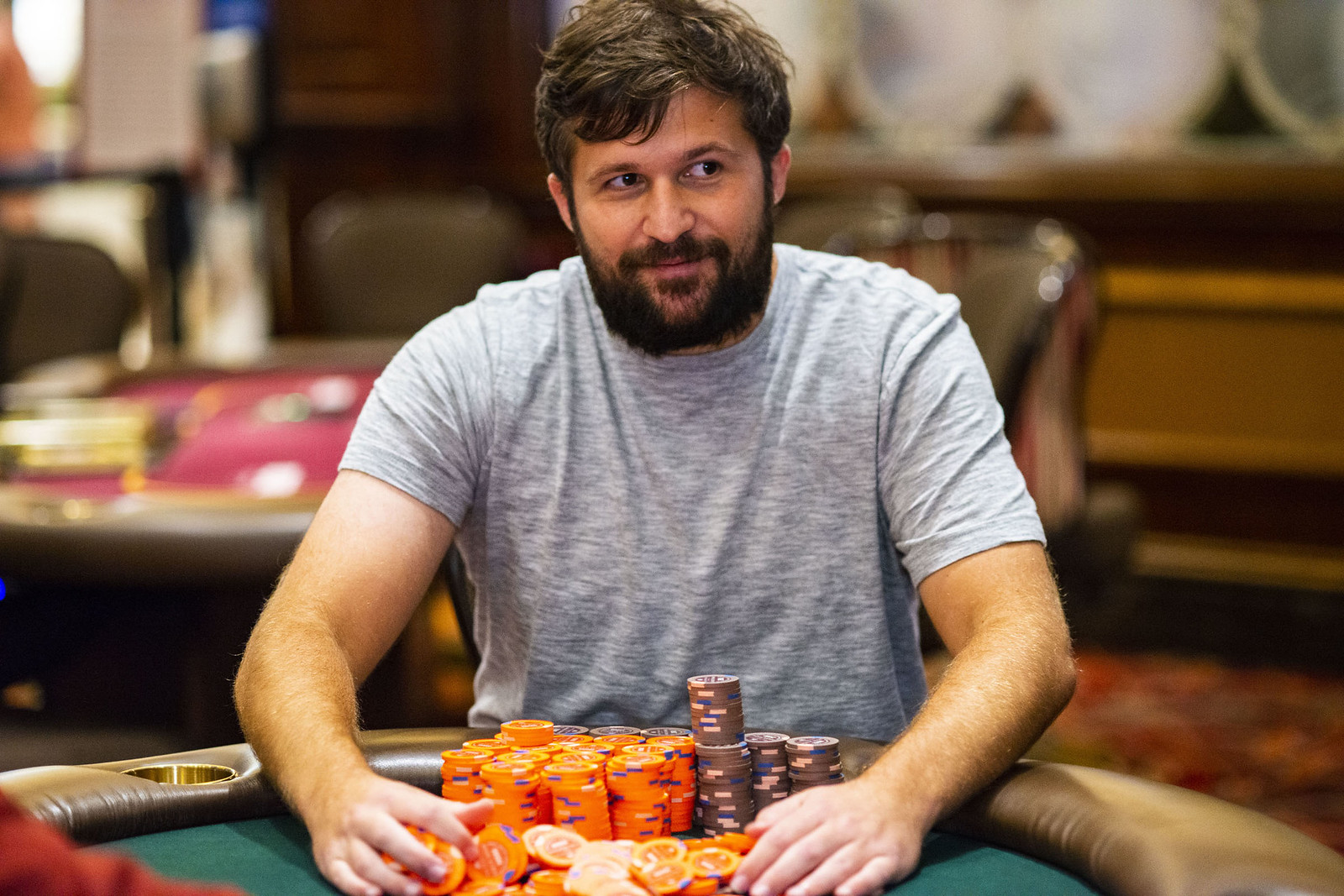 Photo:  Chad Eveslage scoops the pot, which included more than 95% of all the chips in play.