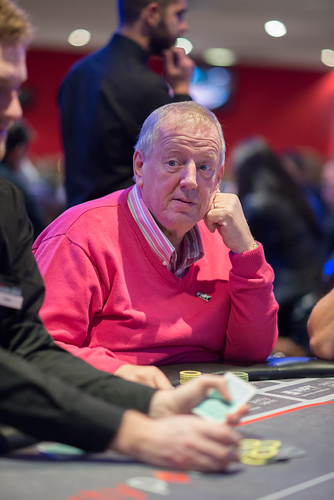 Paul Hardy has got himself short. He’s seen a flop of [5cKh2h] and thought that it’s now or never shoving for 29,400 from early position against his single opponent. With a pot of 14,000 in the middle from their pre-flop raising, James Parker feels like it’s the right time to call it off…