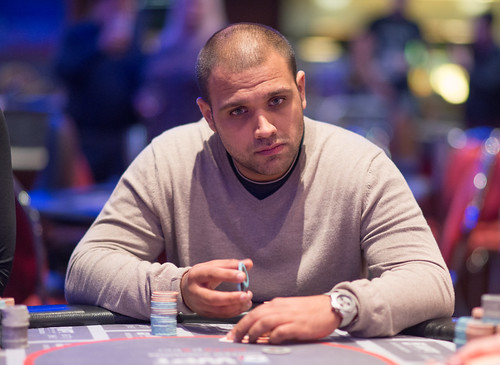 Haroon had been one of the most impressive players in the run-up to the final table, and even held the chip lead with two and three tables left, but has crashed out of the final table in 7th place.

Haroon called the opening raise of 600,000 from Matthew noonan, but when James Parker raised all-in for around 6 million, Noonan got out of the way, and Hussain was alone in calling it off.

the board ran out [Kc7s9d7d2d] to leave Hussain dead by the turn.  Left with a tiny micro-stack, Hussain was called in two places by Noonan and Payne as he saw Matthew Noonan top up his chip lead with another few thousand after hitting the ace on a [7h4hThAdJc] board which Payne paid more money into on the flop and turn. Hussain’s [WhJs] needed help on the river but never found it for his to bust.