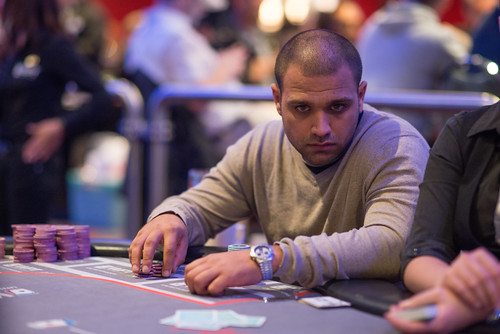 Haran Hassan makes a crucial double-up here at WPT500 as the players split to just two tables, each set of nine players desperate to make the final table of eight players who will battle it out for the title and WPT500 trophy!

Haran Hassan traveled here from Bridgenorth with a satellite seat from Mad Marty’s home game and a dream, and boy can that start forming a clear vision now.

Haran was all-in on the flop of [Ks4c6c] with [KhQc] and was called by Dahe Liu, who held [9s9d].  Haran four-flushed for victory and now has over three million in chips.